SEATTLE -- Two people remained hospitalized Monday morning, five days after they were shot in a gunfight that happened during rush hour on one of the busiest corners of downtown Seattle.

One of the Harborview Medical Center patients, a 32-year-old man, is in satisfactory condition, while a 55-year-old woman remains in serious condition in the ICU.

Two out of three suspects, meanwhile, remain on the loose. Marquise Tolbert and William Ray Toliver, both 24 years old, are wanted in connection to the shooting, which happened about 5 p.m. Wednesday at 3rd Avenue and Pine, killing 50-year-old Tanya Jackson and injured seven other people, including a 9-year-old boy. 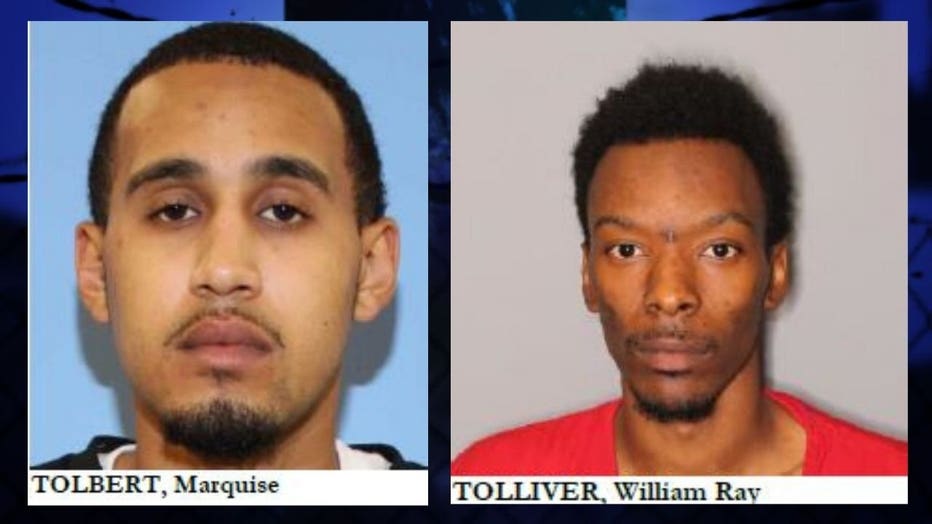 Amazon, which has offices nearby and is the city’s largest employer, said two of its workers were wounded, but their injuries were not life-threatening.

One of the eight people wounded in the shooting Wednesday is also a suspected shooter. He was arrested at Harborview Medical Center Wednesday night on a charge of unlawful gun possession. It's unclear if his charges have since been upgraded.

The deadly shooting, one of several acts of violence that has plagued the notorious intersection for years, sparked outcry from downtown Seattle business owners and other leaders who say they're tired of their concerns falling on seemingly deaf ears.

Downtown business owners blame repeat, violent offenders for the uptick in property crimes downtown. They're arrested, cycled through the criminal justice system with little-to-no jail time, then back on the streets almost immediately committing the same crimes over and over again.

Mayor Jenny Durkan has pledged to have more officers in the area, as well as a mobile precinct set up in the future to deter open-air drug use and violent crimes.