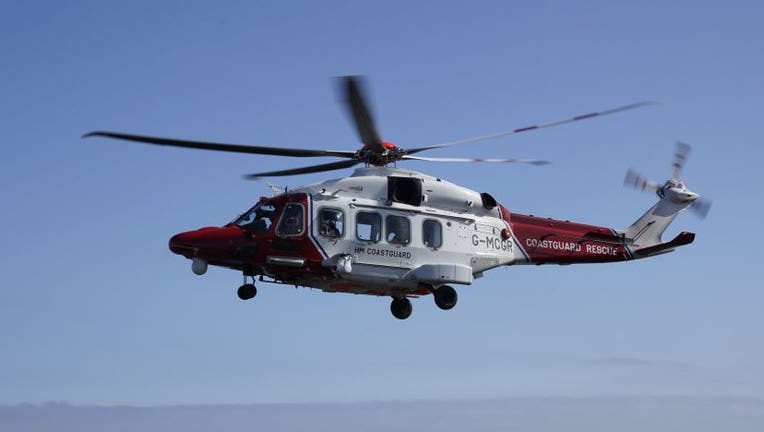 An HMS coastguard helicopter lifts off to airlift a person to safety at Old Hartley near Whitley Bay, on the Northumberland coastline. Picture date: Saturday April 3, 2021. (Photo by Owen Humphreys/PA Images via Getty Images)

KPTV reports a sailboat with two people left around 4 a.m. Sunday, en route to California. Some time later, the Tillamook County Sheriff’s Office was alerted to a vessel tossed around in the surf.

The Sheriff’s Office called the U.S. Coast Guard, who found the body of a woman near a dingy. They then found another body and the sailboat run aground at Nedonna Beach.

Authorities have not released the names of the victims yet.