CHEHALIS, Wash. – Two brothers were charged Monday in the murder of a 16-year-old Randle boy whose body was found in a shallow grave last week.

Jonathon Adamson, 21, and Benito Marquez, 16, were charged in Lewis County Superior Court with first-degree murder, first-degree rape, tampering with physical evidence and unlawful disposal of remains in the death of Benjamin Eastman. Prosecutors decided to charge Marquez as an adult. The judge ordered them held on $10 million bail.

According to charging documents from the Lewis County prosecutor’s office:

Cell records show the brothers lured Eastman into the woods for a camping trip in the early morning hours of June 24, but they planned to assault him. 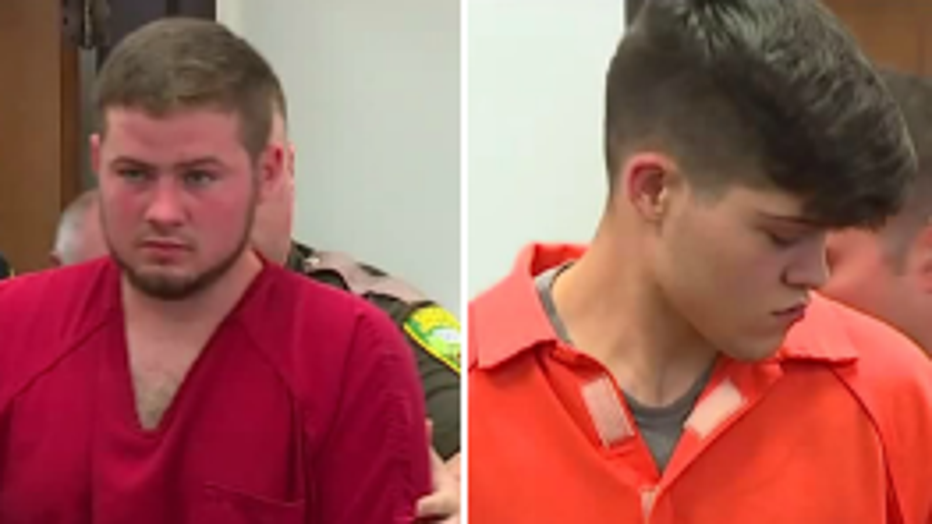 Adamson allegedly told detectives that once they were in the woods, they proceeded to get Eastman on the ground and assault him for 20-45 minutes. Adamson said he estimated they kicked Eastman more than 100 times, and a pathologist agreed with those numbers and said the boy died of blunt-force trauma.

Adamson also allegedly told detectives they sexually assaulted Eastman with a stick while he was alive.

The brothers then allegedly hit Eastman repeatedly in the head with a rock to make sure he was dead, then buried him and burned his clothes, their clothes and the shovel they used to dig the grave. They began to worry the burial site would be discovered, so they soon dug him back up and buried him in another place, this time marking the grave with a cross made out of sticks.