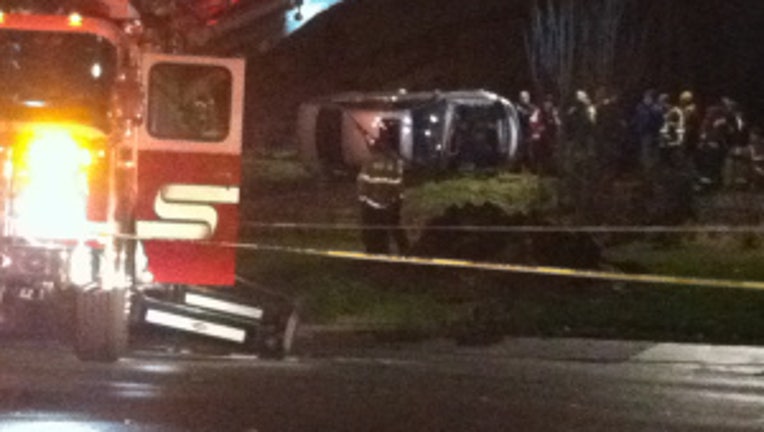 TUKWILA -- Two bodies were recovered from a car submerged in the Green River Friday morning.

Shortly before 2 a.m., a car was traveling west in the 6800 block of South 180th Street in Tukwila at a high rate of speed. The driver failed to follow a curve in the road, and went over an embankment in to the Green River.

A woman who said her boyfriend witnessed the accident said the car was traveling at about 80 mph at the time of the accident.

The vehicle was submerged in approximately 8 feet of water, and it took rescue crews several hours to remove the car from the river. Two people were found inside the car; they were pronounced dead at the scene.