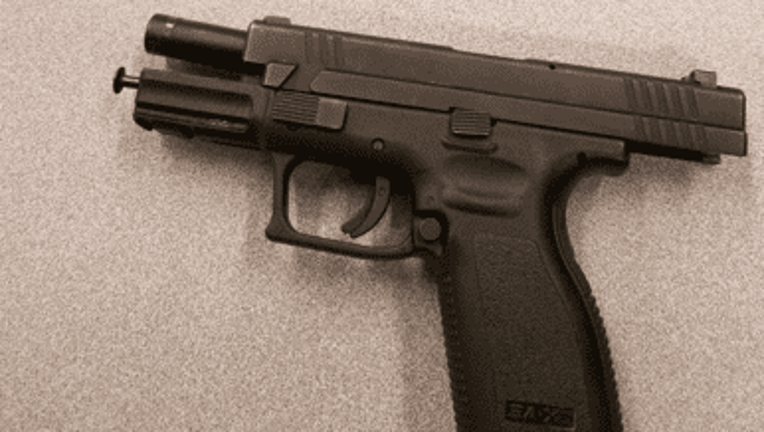 SEATTLE - Seattle police arrested two men for allegedly firing a gun into Lake Washington at Pritchard Island Beach on on Monday around 8 p.m.

Multiple calls reported gun shots near the water at Pritchard Island — the swimming area was empty and no injuries were reported, according to authorities.

Officers arrived on scene and detained five men who matched descriptions given by witnesses. Further investigation led officers to arrest two of the individuals for aiming and discharging a firearm.

Several shell casings were found near the scene and police discovered a handgun in a jacket pocket of one of the suspects.

Both 23-year-old men were booked into King County Jail. One suspect was booked for aiming/discharging a firearm and reckless endangerment. The other suspect is a convicted felon and was booked for unlawful possession of a firearm.