What will happen to Twitter under the leadership of Elon Musk? Wayne State University's Nick Mattar joined LiveNOW from FOX's Josh Breslow to discuss.

Twitter's relaunched premium service — which grants blue-check "verification" labels to anyone willing to pay $8 a month — was unavailable Friday after the social media platform was flooded by a wave of imposter accounts approved by Twitter.

Before billionaire Elon Musk took control of the social media platform two weeks ago the blue check was granted to celebrities, journalists and verified by the platform — precisely to prevent impersonation. Now, anyone can get one as long as they have a phone, a credit card and $8 a month.

After an imposter account registered under the revamped Twitter Blue system tweeted that insulin was free, pharmaceutical giant Eli Lilly & Co. had to post an apology. Nintendo, Lockheed Martin, Musk’s own Tesla and SpaceX were also impersonated as well as the accounts of various professional sports figures.

For advertisers who have put their business in Twitter on hold, the fake accounts could be the last straw as Musk’s rocky run atop the platform — laying off half the workforce and triggering high-profile departures — raises questions about its survivability.

There are now two categories of "blue checks," and they look identical. One includes the accounts verified before Musk took helm. It notes that "This account is verified because it’s notable in government, news, entertainment, or another designated category." The other notes that the account subscribes to Twitter Blue. 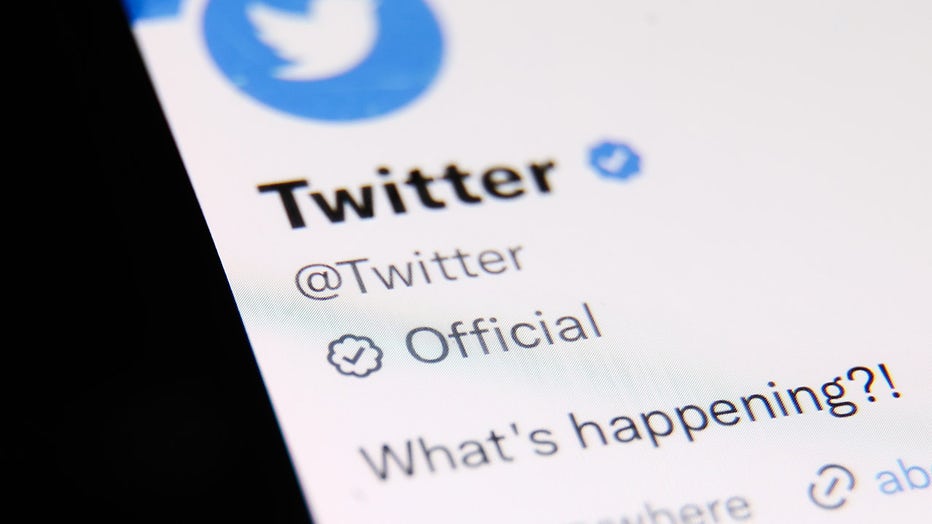 Twitter account on Twitter is seen displayed on a phone screen in this illustration photo taken in Krakow, Poland on November 9, 2022. (Photo by Jakub Porzycki/NurPhoto via Getty Images)

An email sent to Twitter's press address went unanswered. The company's communications department was gutted in the layoffs.

On Thursday, Musk tweeted that "too many corrupt legacy Blue ‘verification’ checkmarks exist, so no choice but to remove legacy Blue in coming months."

Twitter also once again began adding gray "official" labels to some prominent accounts. It had rolled out the labels earlier this week, only to kill them a few hours later.

They returned Thursday night, at least for some accounts — including Twitter's own, as well as big companies like Amazon, Nike and Coca-Cola, before many vanished again.

Celebrities also did not appear to be getting the "official" label.