The indictments and arrests Wednesday are a follow-up to the April 7, 2021 sting involving 24 defendants.

"Over the course of two years, more than 250 FBI employees have contributed to this investigation to fight back against this widespread drug-dealing conspiracy," said Donald M. Voiret, FBI Special Agent in Charge of the Seattle Field Office. "I am incredibly proud of the hard work of my office and our partners to remove dozens of firearms and toxic drugs such as fentanyl and cocaine from our communities."

During the course of the investigation, law enforcement seized 84 firearms, including stolen firearms and ghost guns, 16 kilos of cocaine and about 50-thousand fentanyl tainted pills.

The investigation is also tied to the police shooting in Puyallup early Thursday morning, when a Seattle Police officer shot a suspect. The suspect is expected to survive.

In one traffic stop in January 2021 on I-5 they seized 6 kilos of cocaine that one of the people charged was reportedly bringing back from southern California. 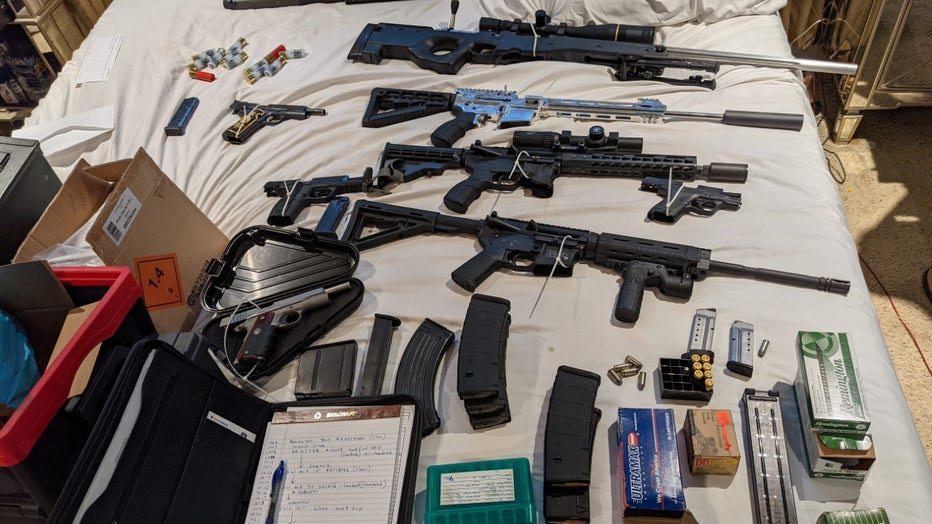 "The recent rise of violent crime – specifically crimes involving the trafficking of firearms and illegal drugs – is of great concern to the Seattle Police Department. By working together, we increase our ability to arrest dangerous offenders, get them off our streets, and weapons out of their hands," said Seattle Police Chief Adrian Diaz. "Not only are these dozens of suspects off the streets, but so are dangerous narcotics, including fentanyl tablets and the tools to manufacture them."

In all, law enforcement has seized more than $1 million in cash. They also seized a pill press used for manufacturing fentanyl-tainted pills, three pounds of methamphetamine and an undisclosed amount of heroin.

Those indicted in this round include:

Two people were arrested this morning who are being charged separately by criminal complaint.  Two of the indicted defendants are still being sought by law enforcement.

Earlier this month, a 13th defendant was arrested and indicted.