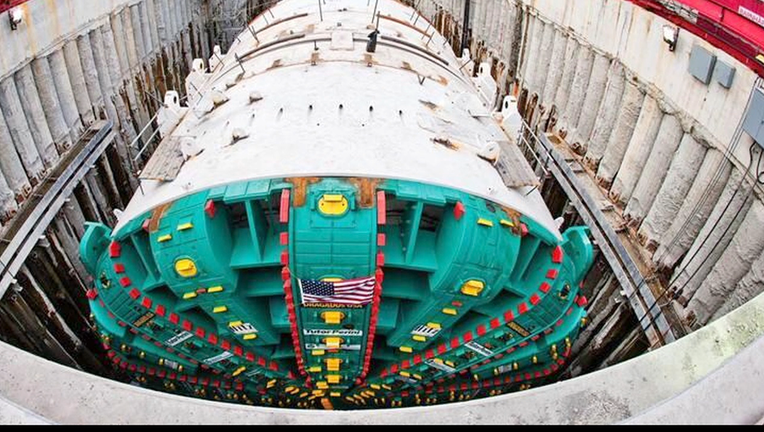 SEATTLE -- Seattle Tunnel Partners, the contractor behind the troubled tunnel project to replace the Alaskan Way Viaduct, filed a $125 million bill with the state because of the Bertha work stoppage, the Washington State Department of Transportation confirmed Tuesday.

"WSDOT received a $125 million request from Seattle Tunnel Partners for the stoppage," the department said. "WSDOT has denied that request.

BELOW IS FROM EARLIER STORY

Like a lot of business owners, he’s frustrated with the tunnel project and word of a new delay -- until March 2015 -- doesn't sit well.

"Just more hectic, because sometimes they're doing construction they close the street so you can't get to work. People can't come to your business. There's noise, It's frustrating in that regard,” McAllister said.

On Monday, Seattle Tunnel Partners (STP), the contractor for the tunnel project meant to replace the aging Alaskan Way Viaduct,  announced that the tunnel- digging machine known as Bertha will sit idle until next March -- late March.

Fixing the huge boring machine is proving more difficult than most expected.

"The main thing we want to do is get the machine in tip-top, 100 percent condition so that we don't ever have a repeat of this event for the balance of the tunneling,” STP's Chris Dixon said.

Crews first have to dig an access pit just to reach Bertha's cutter head. Then they will replace the machine's main bearing and install a more robust seal system, which could include strengthening the seals, installing redundant systems, and adding monitoring equipment.

"We are disappointed as I'm sure some of the public in the delays associated with that,” said Todd Trepanier, program administrator for the Washington State Department of Transportation.

Since Bertha hasn't operated for several months already, it will be at least a 16-month delay in the project. But the contractor believes they will eventually recover about four months of that lost time and get back on schedule -- hopefully.

"We're fairly confident we can beat that date. We do have some contingencies built into the schedule in the event that Hitachi finds more work that needs to be done when they disassemble the machine,” Dixon said.

Critics are not convinced and a big question looms.

"How much is this going to cost?” McAllister asked.

WSDOT says no matter what happens, taxpayers won't be stuck with the bill.

"Remember, this is a fixed-priced contract and Seattle Tunnel Partners has the obligation to complete this tunnel and the project for the price that they bid. So, yeah, right now it would be the same cost as the taxpayers were expecting at the beginning of the project,” Trepanier of WSDOT said.

STP may not see it quite the same way.

Q13 FOX News tried to get comments from former Seattle Mayor Mike McGinn, who fought against the tunnel option, and from Gov. Jay Inslee about potential cost overruns, but both chose not to comment Monday.