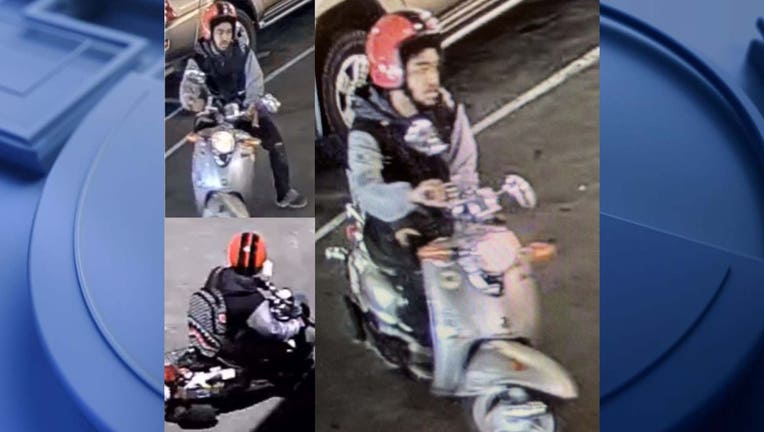 TUKWILA, Wash. - Tukwila Police need help identifying a man suspected of robbing and raping a woman over the weekend.

Details of the incident have not been released, but police say the man robbed and raped a woman in Tukwila on Aug. 6, then sped off on a silver-colored moped.

The man was wearing a red helmet with two distinctive dark stripes, a shark mouth backpack, and was described as having ‘blue braces,’ authorities say. He was reportedly armed with a handgun during the incident and is considered armed and dangerous.

Anyone with information on the suspect is urged to contact Det. Donnelly at (206) 445-8621 or S.Donnelly@tukwilawa.gov, or send a direct message to Tukwila Police on social media. If you see the man in person, you are urged to call 911 immediately and not approach him.