Trump Media and Technology Group is planning a soft launch of its new TRUTH Social app next month, but that plan could be in jeopardy if the group doesn’t meet licensing requirements in the next 30 days.

Screenshots of TRUTH Social showed a striking resemblance to the Mastodon platform. Mastodon’s official Twitter account even responded to one of those screenshots, saying, "Well that looks familiar."

According to Mastodon founder Eugen Rochko, Trump’s platform appeared to make surface-level alterations — like replacing the Mastodon logo with the TRUTH Social logo or renaming "posts" as "links."

Users are welcome to reuse Mastodon’s code, but they must comply with the AGPLv3 that governs it. Part of that code requires any user to offer their own source code to all other users — a step the SFC says Trump did not take.

"When you put any site on the Internet licensed under AGPLv3, the AGPLv3 requires that you provide (to every user) an opportunity to receive the entire Corresponding Source for the website based on that code," the SFC said in a news release. "These early users did not receive that source code, and Trump's Group is currently ignoring their very public requests for it."

Representatives for Trump have not yet responded to a request for comment about the hacking or the SFC allegation. They have also not publicly confirmed the reported hack or that they used Mastodon’s code. 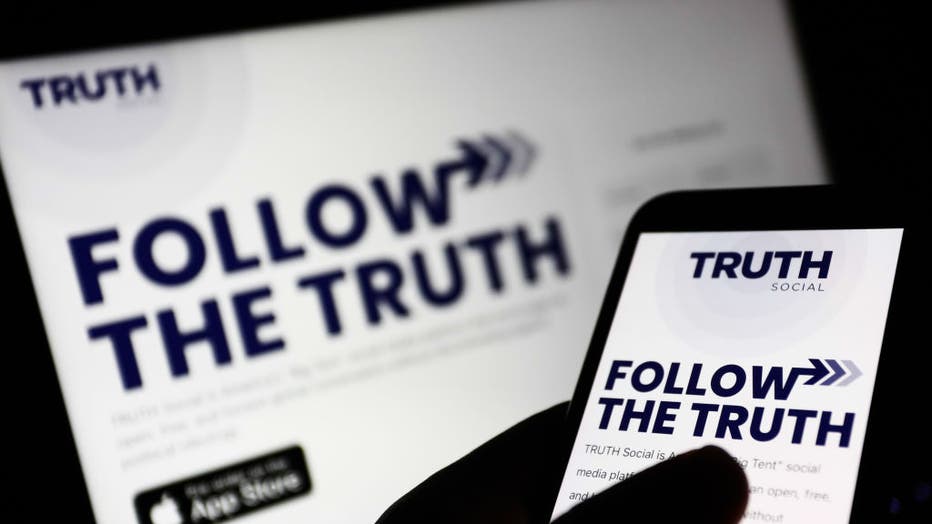 TRUTH Social is a new social media platform announced by the former President of the United States Donald Trump. (Photo by Jakub Porzycki/NurPhoto via Getty Images)

Mastodon, on the other hand, said Thursday that it was considering its legal options.

"Whether the code has been modified or not plays no role in application of the AGPLv3 license however, the deciding factor is whether TRUTH Social publishes its copy of Mastodon source code and modifications to it as required by the license," Rochko told FOX Television Stations.

The SFC said TRUTH Social would be in compliance once that source code is shared. But if it’s not shared within 30 days, "their rights and permissions in the software are automatically and permanently terminated."

"That's how AGPLv3's cure provision works — no exceptions — even if you're a real estate mogul, reality television star, or even a former POTUS," SFC said.