The location pinpoint also provides the description of Trump Tower as “a 58-story mixed-used skyscraper.”

The president-elect has not yet taken to social media to address the name change. 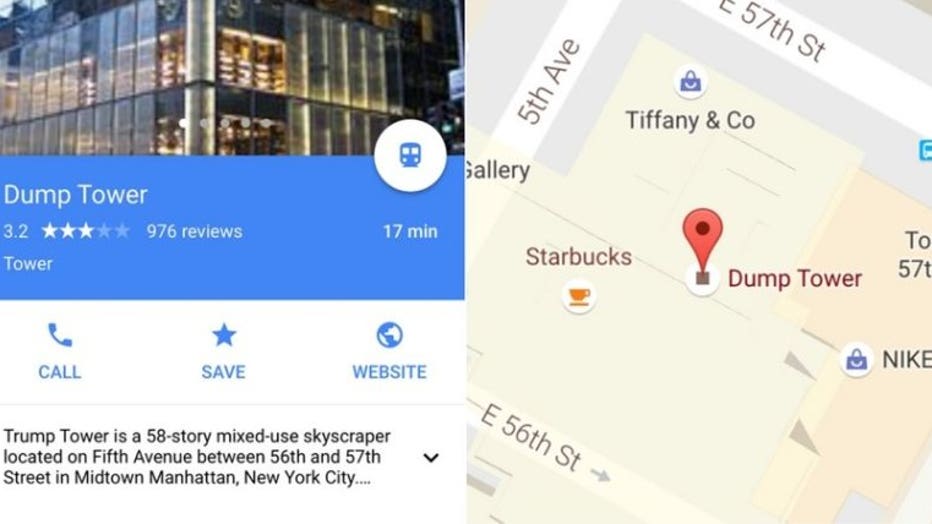