President Trump is expected to sign an executive order Tuesday that will ensure all Americans have access to the coronavirus vaccine before the U.S. government begins aiding nations around the world, Fox News has learned.

Senior administration officials told Fox News Monday that the president will reemphasize to the American people that the “priority has been an America First approach,” during a vaccine summit at the White House Tuesday.

The news of the executive order comes just days ahead of the Food and Drug Administration's Thursday meeting regarding Pfizer and BioNTech’s application for emergency authorization of their coronavirus vaccine, three weeks after the companies filed for it. The FDA also plans to meet on Dec. 17 to discuss Moderna’s vaccine.

A source close to the White House Coronavirus Task Force told Fox News last week that the Pfizer-BioNTech authorization could come as early as Friday. FDA Commissioner Stephen Hahn last week said that they are “very hopeful” of approval and that they are “moving very quickly.” 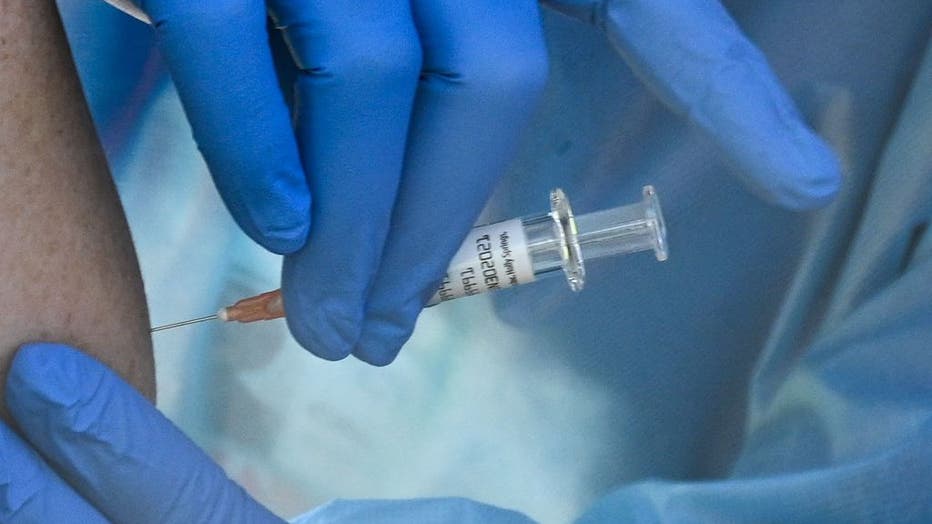 A flu vaccine is administered at a walk-up Covid-19 testing site on Nov. 24, 2020, in San Fernando, California. (Photo by ROBYN BECK/AFP via Getty Images)

“The priority is to make sure we distribute these vaccines to Americans before we start shipping them around the world to get international access,” an official told Fox News, predicting that international assistance could come “late spring, early summer,” and after they “achieve vaccinating those who have a desire to be vaccinated.”

The official said that the executive order is “clear and is directing that we prioritize access to the American people before working with partners and allies to provide access to the vaccine.”

The official added that the order will identify “who will be working with the international aspect of this, the framework, guides and tools, for when we have an excess supply to meet those demands.”

“We will very soon have highly effective COVID-19 vaccines to the American people,” another official told Fox News, adding that the vaccines are “critical to ensuring the health and safety of our citizens, viability of the economy and the security of our nation.”

The order will direct the secretary of Health and Human Services to prioritize distribution of the vaccines to Americans, at speeds “unseen before.”

The order will also be accompanied by a framework for international access to COVID-19 vaccines, which will provide guidelines for how USAID, HHS, the Export-Import Bank, and the U.S. International Development Finance Corp interacts with foreign countries to bring an end to the coronavirus pandemic.

The order will outline the government’s “three primary approaches,” which includes working with partners and allies that have the financial means to procure highly-effective vaccines.

For countries that are not as financial well-off, the senior administration official said that they will “leverage resources to help them to procure the vaccine” and garner “ancillary supplies necessary to administer and track.” The order will also call for work with organizations focused on donation of resources, so that the U.S. government can be sure to aid in low-income countries — specifically Gavi, the vaccine alliance, which will work with USAID to support “92 low to low-middle income countries.”

Meanwhile, the officials said that Operation Warp Speed, the public-private partnership President Trump created earlier this year in an effort to create vaccines against the novel coronavirus, is working with six vaccine candidates — two of which have already filed for FDA emergency use authorization.

The officials told Fox News that the Trump administration has invested “at risk” with all of the vaccine manufacturers, providing funding and helping to manufacture vaccines even before approval from the FDA, which they described as “outside the norm.”

Typically, the official explained, clinical trials take place, and then they receive FDA approval and begin manufacturing supply of the vaccine. But the official said the government has “been facilitating production on the front end.”

“If any of these six candidate come effective, they’ll have a supply on the shelf,” the official said, adding that they intend to ship the vaccines across the country “within the first 24 hours” of EUA.

The officials said that they “anticipate late spring, early summer” for international assistance, but noted that can “move left or right depending on how we’re dealing with other vaccine candidates.”

Health and Human Services Secretary Alex Azar said this week that the average American can expect to be vaccinated by the "second quarter" of 2021.

Meanwhile, the officials clarified that in the U.S., the first to receive doses of the vaccine will be frontline healthcare workers, the vulnerable population, inside nursing home and long-term care facilities. The officials said that states have developed distribution plans.

One official explained that once the EUA is in effect for the vaccine, the Centers for Disease Control and Prevention’s Advisory Committee on Immunization Practices (ICIP) will meet to “get into more details about where the other doses go.”

“Frontline healthcare workers, long-term care facilities and nursing homes,” one official said. “When we get beyond that, the CDC will further refine distribution plans.”

The official added that the Trump administration has been engaged in “unprecedented collaboration” through the federal government, the private sector, and with International partners.

The agency’s scientists have been working non-stop on a “massive amount of data,” according to information provided to Fox News. The quickest approval process involving this amount of data ever completed before was 3.5 months, putting the current schedule on pace for historic speed.

An FDA spokesperson added that the thousands of pages of data must be divided up and reviewed by experts from different disciplines, and then integrated into an overall review.

"Completion of these reviews involves such things as ensuring that the manufacturing process and the controls on manufacturing are appropriate, checking statistical analyses performed to ensure that they were done properly, and doing additional analyses, as necessary, to look at the effect of the vaccine on subsets of individuals who might be at greater risk of adverse effects," the spokesperson said.