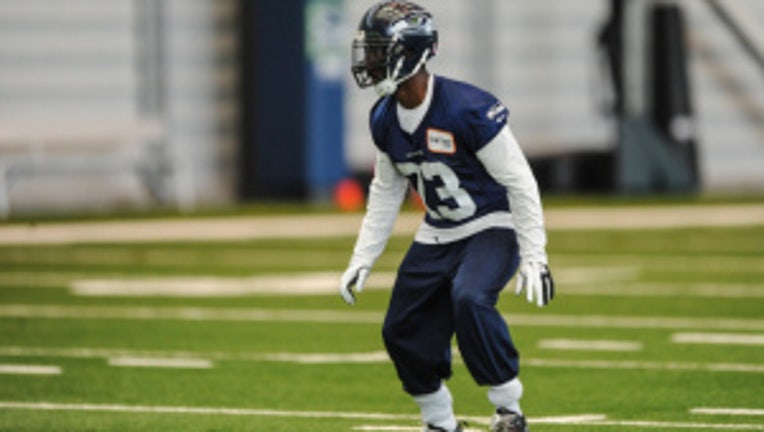 RENTON, Wash. -- Add Seattle nickel back Marcus Trufant  to the list of injury concerns as the team makes its final preparations for Sunday’s game against the Bears in Chicago.

“At the end of practice yesterday, Marcus felt (something in) his hamstring,” coach Pete Carroll said after Friday’s practice. “He’s got an issue there that we’re going to have to deal with. We put him down as doubtful. We’re real surprised that popped up. It’s going to be hard for him to get back from that.”

With Trufant out, Walter Thurmond worked as the nickel back and likely will play in his first game of the season against the Bears.

“Red did not do much today,” Carroll said. “We’re going to take him all the way up to game time. He’s dying to play.”

On Hill, Carroll said, “Leroy ran and changed direction, did all that kind of stuff; had a legitimate workout today. We’ll check him out tomorrow and, again, take it all the way up to game day and see how that goes.”

The players practiced outside, in windy conditions and cool weather – exactly what they’re expecting on Sunday.

“We got a great day today,” Carroll said. “I would hope that this is pretty close to what we’re going to get. It was probably in the 50s and a good, windy day here. We made good use of it.”

The team flew to Chicago after a midday practice on “No Repeat Friday,” and the weekly Saturday walk-through will be held at a local high school.

“We’re fired up for this matchup,” Carroll said. “It’s hugely important, as these road games continue to be for us. We’re going to see if we can turn this thing and get something done on the road before we come on back home. So this is a big deal.”

Following Sunday’s game, the last quarter of the Seahawks’ season includes three home games against the other teams in the NFC West – the Cardinals (Dec. 9), 49ers (Dec. 23) and Rams (Dec. 30).