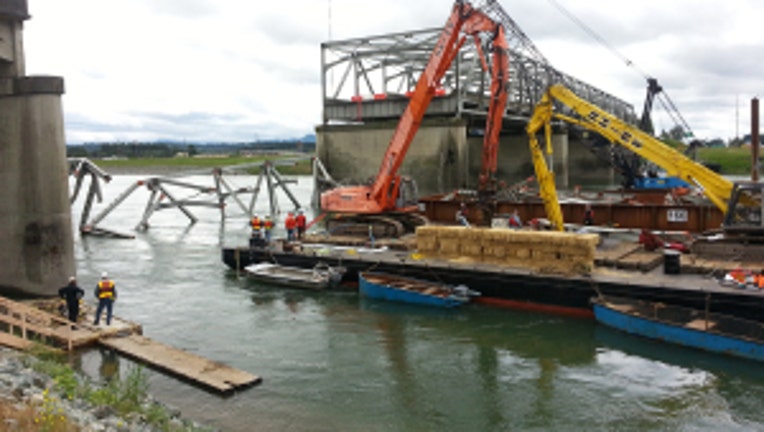 SEATTLE -- State transportation officials may force a Canadian trucking company to pay for repairs to the Interstate 5 bridge that collapsed into the Skagit River, the Everett Herald reported. The decision will depend on whether a National Transportation Safety Board investigation finds negligence played a part in the collapse.

A truck carrying an oversized load struck the bridge on May 23, sending cars and people plummeting into the frigid water. The Washington State Department of Transportation is working on a temporary replacement for the bridge, slated to be finished in mid-June. A permanent replacement is hoped to be completed by September.

Washington state is already spending $10 million just to clear away mangled bridge debris and install the temporary bridge, the Herald reported. At least $5 million more will be needed for the permanent bridge. The federal government is expected to cover the cost of clean-up and the temporary bridge along with 90 percent of the permanent replacement span, according to the Herald.

State law allows the state to file a lawsuit to recoup money from a third party for damages to any state transportation structure, the Herald reported.

You can read more about the story here.