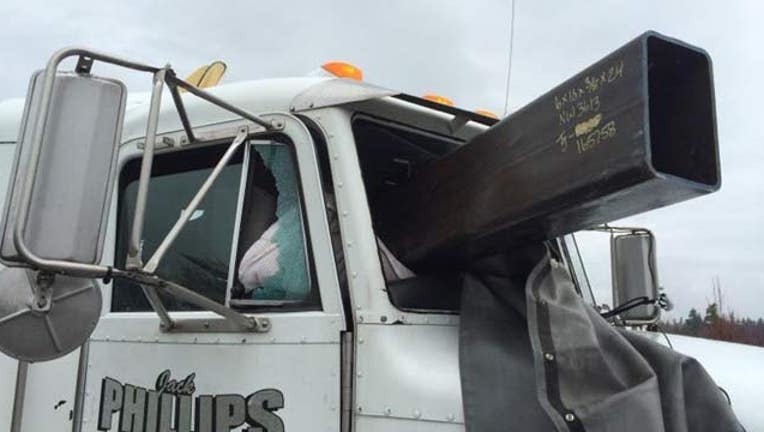 TUALATIN, Ore. (KPTV) -- A massive beam on the back of a tractor-trailer crashed through the cab and broke out a front window, and the driver managed to walk away without any injuries.

Tualatin police said they were called out to the scene on Southwest Nyberg Road just west of Interstate 5 at around 4:20 p.m. Wednesday.

Police said the truck lost its load, but officers didn't immediately provide any other details about what led to the crash.

The driver of the semi told Portland's FOX 12 that  another truck cut him off and hit him, so he had to slam on the brakes.

"All of my load shifted forward. Next thing I know, I've got steel by my head, going out the front windshield of the truck," said Jack Phillips.

Phillips said the steel beams were slick from the wet weather, which allowed them to more easily slide forward into the cabin. He said the beams were strapped down with every strap on the trailer.

He described the whole thing as "real exciting."

Phillips said it's the closest he's ever come to a serious injury on the job, but he planned to be back at work Thursday.

He said the officers at the scene told him to go out and buy a lottery ticket.

"Somebody was looking over me today," he said. "My lucky day." 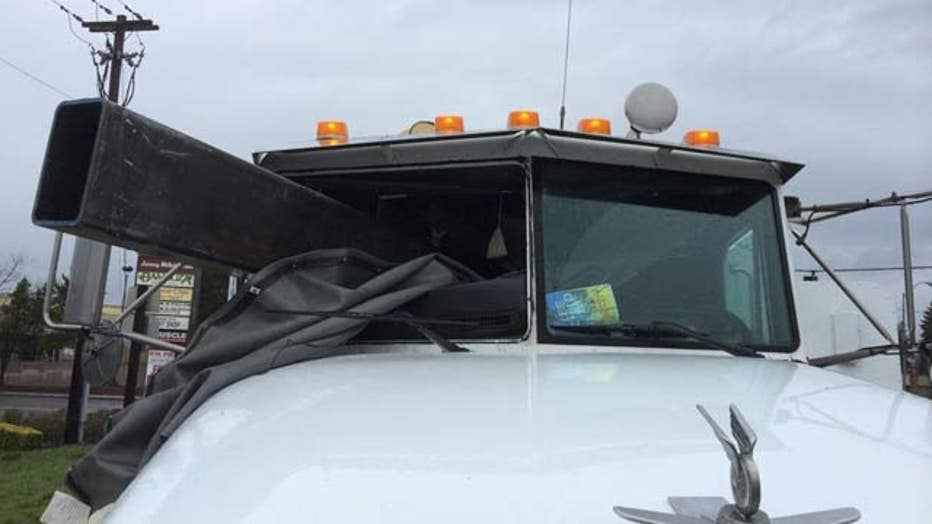 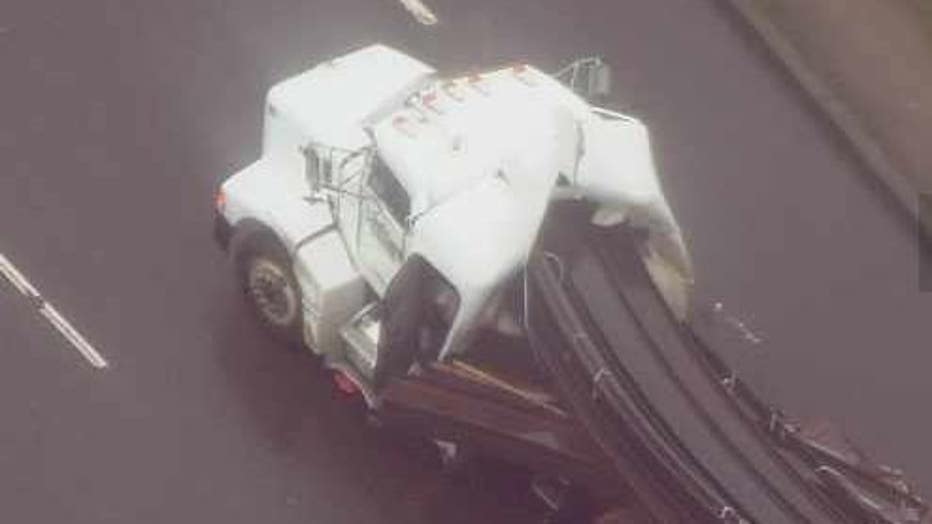