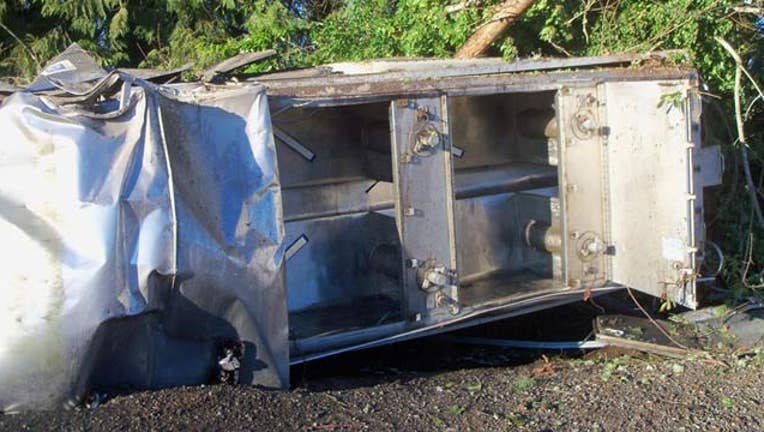 EUGENE, Ore. (AP) — Oregon state police are investigating whether the driver of a tanker truck was drunk when it crashed and spilled thousands of baby salmon onto a road in western Oregon.

The Oregon Department of Fish and Wildlife estimates 11,000 juvenile salmon died in Tuesday's wreck on state Route 126 east of Eugene.

The truck was hauling salmon from a hatchery that's low on water because of problems with a dam on the McKenzie River. The fish were going to be released in a river south of Eugene.

The driver was taken to a hospital with a broken shoulder. His name hasn't been released.