A driver's moment of kindness backfired and almost cost him his life when he was shot by another driver for taking a brief moment to hand some money to someone in need.

PIERCE COUNTY - Detectives are looking for a suspect in a case that proves "no good deed goes unpunished."

A driver's moment of kindness backfired and almost cost him his life when he was shot by another driver for taking a brief moment to hand some money to someone in need.

"He recognized somebody in his own situation and had a little bit extra to give, so he did something kind and generous and we need more of that we shouldn't be punished for doing something kind," said said Washington State Patrol Det. Brooke Bova.

The victim had experienced homelessness himself at one point, so when he saw a person in need at the corner of East 28th Street and Bay Street in front of the Emerald Queen Casino, he took a few seconds to roll down his window and give him some extra change.

That didn't sit well with the impatient driver in the dark blue Kia Optima behind him who started honking and yelling at him.

Surveillance video from May 28 shows the victim drive forward, with both drivers making it through the right, but the driver behind him was still enraged. He then pulled alongside the victim and opened fire.

"Our victim received a gunshot wound to the leg, multiple gunshots in his car and he narrowly escaped death because there was a bullet that was lodged right near where his head was in the ceiling of his car," said Det. Bova.

Detectives found security footage of the suspect getting gas moments before the shooting.  The security camera video could not be enhanced enough to get a clear image of the license plate and the credit card reader didn’t give them enough information to identify him. 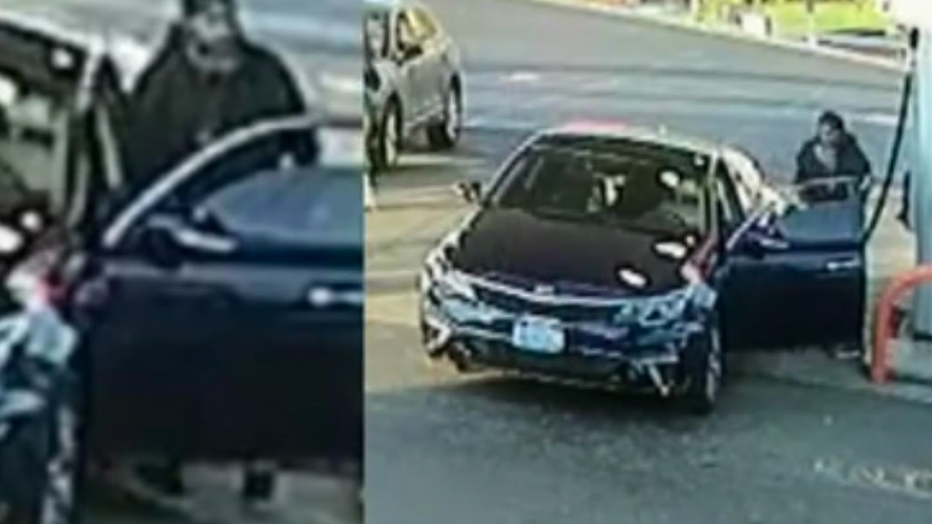 Detectives describe the suspect as black, in his late 30's to early 40's with a full beard and wearing a beanie or baseball cap backwards.

Troopers are hoping the public can help identify him and hold him accountable for a senseless act of violence against someone who was just trying to lend a helping hand.

The suspect was driving a dark blue Kia Optima and it appears to have custom wheels. 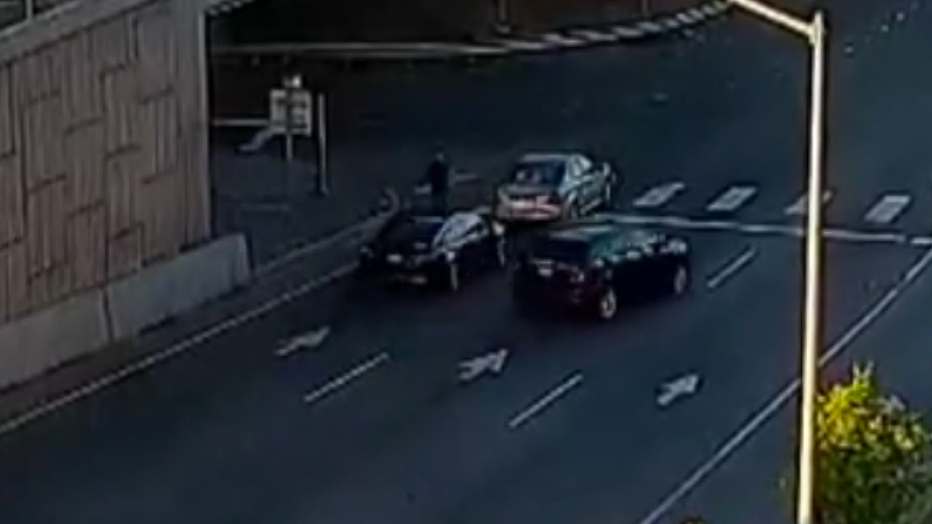 If you know who this the suspect is, please submit an anonymous tip to Crime Stoppers of Tacoma-Pierce County by texting it through the P3 Tips app on your cell phone or call 1-800-222-TIPS.  You can also submit tips at www.P3Tips.com.  Crime Stoppers is offering a cash reward of up to $1,000 for information that leads to his arrest.