Troopers are looking for a second person involved in a shooting near the state Capitol during dueling protests that turned violent.

OLYMPIA, Wash. - State troopers are looking for a second suspect who fired a weapon during violent demonstrations near the Capitol building in Olympia on Saturday.

A Washington State Patrol spokesperson said in a news release Tuesday that a second shot was reportedly fired during the protest on Saturday. WSP confirmed a second shooter after reviewing videos on social media.

The second shot fired happened shortly after the first shot near the Capitol Campus. Officials said the second person appears to be in a different group than the first shooter. No additional injuries were reported from the second shooting, WSP said in the statement.

Troopers are asking the public's help identifying the shooter. Anyone with additional information about the shooter or shooting this weekend to contact WSP at (360) 596-4013. 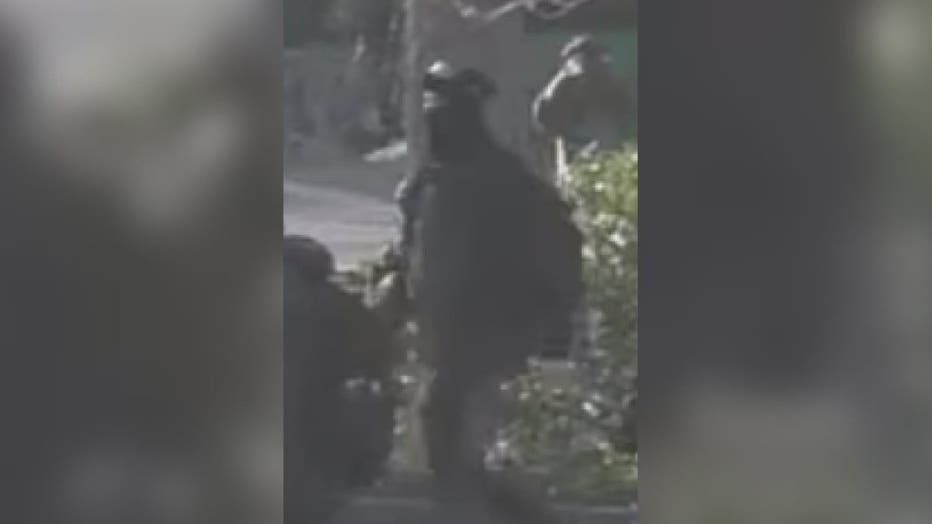 "Individuals and groups who come to Olympia not to speak, but to engage in armed conflict and other unlawful acts, are not welcomed and will face a full and firm response from law enforcement," WSP Chief John Batiste in the release.

Police in Olympia arrested one person Saturday afternoon following a shooting at a violent protest between two heavily armed groups near the Capitol building.

The Thurston County sheriff’s office confirmed the arrest but didn’t immediately release details. Late Saturday, WSP detectives confirmed to Q13 News a 25-year-old Shoreline man was arrested in connection to the shooting and charged with 1st-degree assault. He was booked into jail.

The Olympia Police Department said the person who was shot was taken to a hospital by other civilians. That person’s injuries are unknown.

Police said they are aware of several videos involving the shooting.
Troopers said the bomb squad responded to the scene when someone reported an IED. It turned out to be a large commercial firework that was lit and thrown into the crowd, but it failed to detonate. It could have cause major injuries had it exploded, troopers said.

As of 6 p.m. Saturday, the protests had subsided, but WSP said "antagonists" remained in the area.

The two groups had opposing political views, and each side was heavily armed with rifles, handguns and clubs, and engaged in violent clashes, police said. Police arrested a person earlier in the day for a firearms violation.