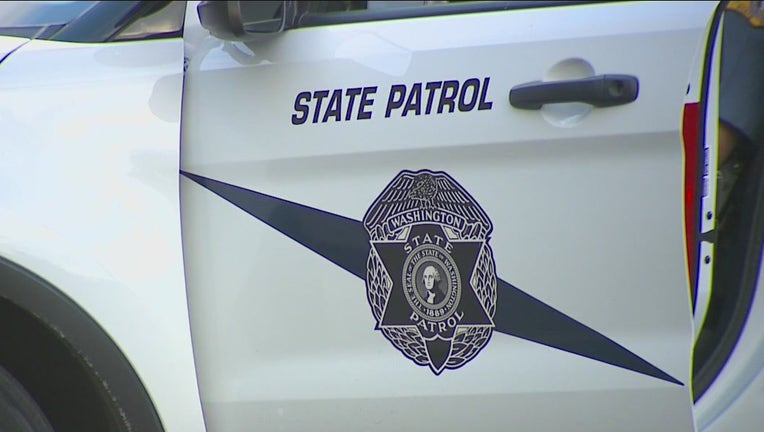 Troopers said a motorcyclist was traveling westbound on State Route 516 when he "laid the motorcycle down" and was ejected from the vehicle.

When the motorcyclist got on his feet, he was hit by a car, troopers said.

According to WSP, a driver in a third car saw the crash, stopped in front of the second car, started recording the incident and was hit by the second car as it was driving away from the scene.

The car that left the scene was found at a nearby apartment complex but the driver was not located.

According to troopers, the motorcyclist was taken into custody for suspicion of driving under the influence and later released to Valley Medical Center.