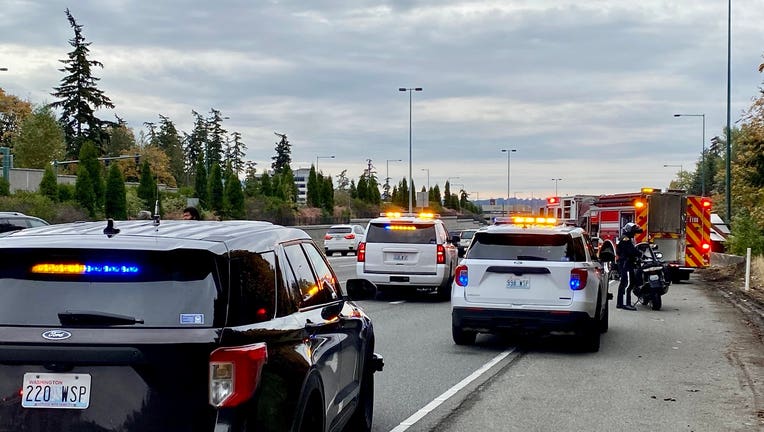 BELLEVUE, Wash. - Troopers are investigating a deadly crash that happened in the southbound lanes of I-405 in Northwest Bellevue on Thursday.

Authorities say only one car was involved in this crash, and at least one person has died.

WSP Trooper Rick Johnson posted a photo of the scene, showing at least four law enforcement vehicles and a firetruck at the scene.

Authorities are asking drivers to use caution as they drive through the area. The first two lanes will be blocked until their investigation is complete.

RELATED: Multiple injuries after car drives off overpass, crashes into 2 vehicles on I-5 in North Seattle