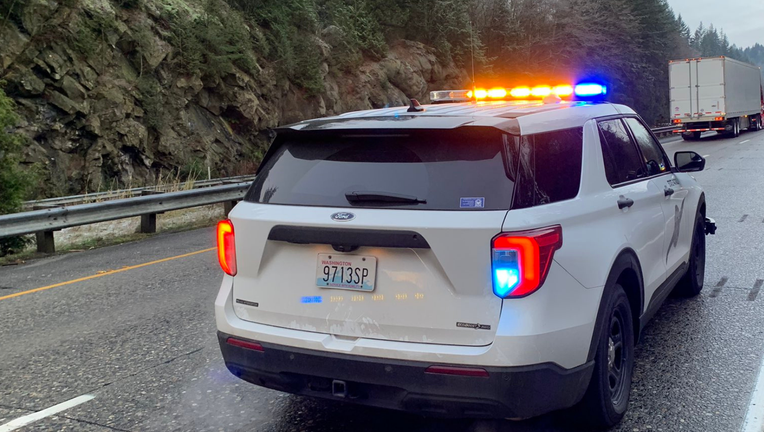 The crash happened on northbound I-5 at North Lake Samish at about 8 a.m.

According to Trooper Jacob Kennett, three cars were involved in the crash.

Investigators said a driver rolled his truck up on an embankment. A van then lost control and struck the truck.

The driver was taken to St. Joe's Hospital by another ambulance. He later died at the hospital from his injuries.

There were no other injuries.