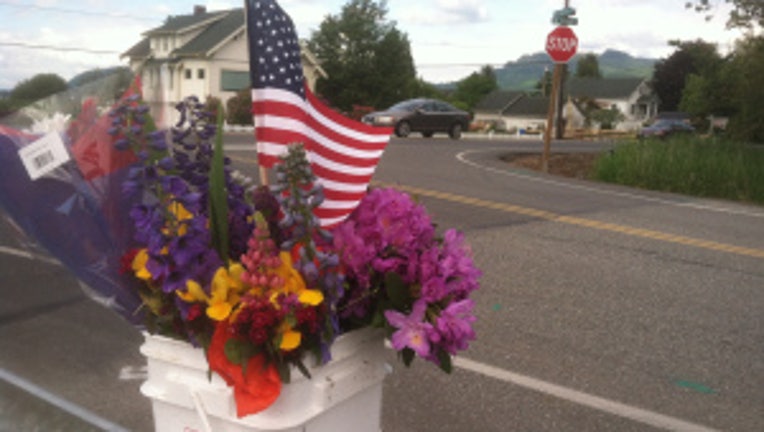 Skagit County -- During rush hour traffic, a Washington State Trooper was struck and killed by a truck in Skagit County. Troopers say this isn’t the first serious accident in the area since the bridge collapse and motorists need to be careful.

Friday night, Chief John Batiste addressed the media about the trooper’s death. Batiste said, "It's with a heavy heart that I stand before you this evening to announce our loss. The citizen’s loss of a great human being and a great trooper.”

On Friday afternoon, a white box truck struck and killed state trooper Sean O'Connell in Skagit County. The 38 year-old, father of two, was helping traffic flow through one of the bottlenecks around the Skagit River Bridge.

Troopers say the detours have caused traffic tie ups and a number of serious accidents like this one.

Trooper Keith Leary said, "You increase the traffic those incidents are going to happen. They can be preventable if you watch out.”

Locals say the backups are a mess. Because of traffic, Mauricio Soto missed his son's soccer game last night.

"It's probably triple or four or five times more. It's worse than when the tulip festival is,” Soto said.

At a Conway espresso stand, Marissa Hansen has a front row seat for the show.

Hansen said, "A lot of people come through here complaining about all the traffic.”

Troopers advise motorists to use caution.

"A lot of folks aren't used to driving in some of the streets,” Trooper Leary said.  “If you are going on unfamiliar roads the best advice is take your time. There's a major freeway closed. It should be anticipated or common sense that it's going to take time.”

Today, people took time to remember trooper O'connell with flowers. This horrific event might remind drivers that life is precious and be patient.