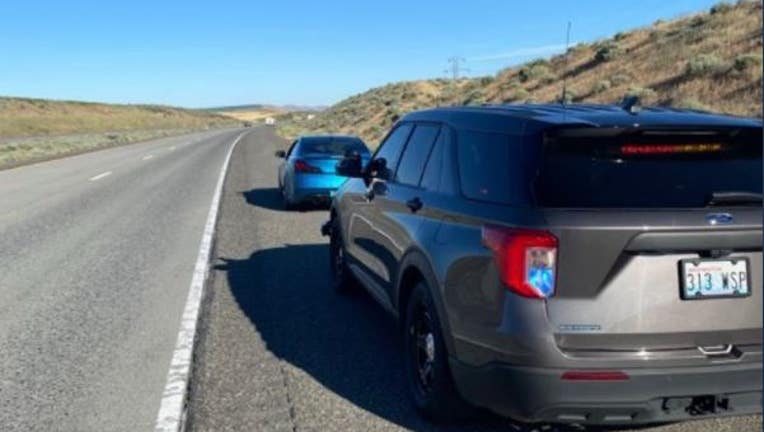 According to the Washington State Patrol (WSP), Trooper Brandt caught two cars speeding on I-82 right in front of the WSP Kennewick office at around 8:00 a.m.

Authorities say during the pursuit, one of the cars peeled off the interstate onto State Route 395 and got away. Trooper Brandt managed to catch up to the other driver, who almost crashed as they were trying to slow down and stop.

The driver was caught traveling 71 mph over the speed limit, and was arrested for reckless driving.

Tacoma votes to go after spectators at street racing events

Tuesday, Tacoma City Council voted to crack down on street racing by going after people watching the illegal events.