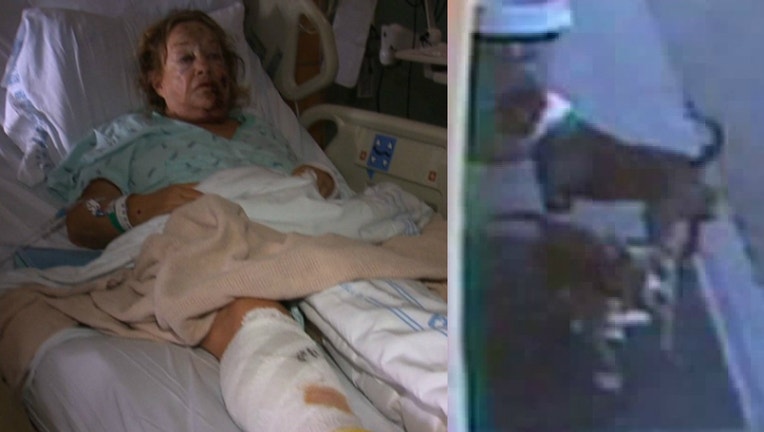 Victim and the two dogs who attacked her outside of a smoke shop between Tacoma and Federal Way.

PIERCE COUNTY -- New surveillance video shows the terrifying moments as two dogs attack a woman in her 60s. That woman was released from a Tacoma hospital Sunday evening, but her recovery is far from over.

Puyallup tribal police are now sharing the surveillance video exclusively with Q13 FOX News, with the hopes that someone recognizes the blue nose pit bulls, that appear to be trained to fight, and can identify their owners.

Donna Berto has bandages and bruises all over her body. But her son says she’s lucky her injuries weren’t more severe.

Friday afternoon, Donna stopped at the North Point Smokeshop to grab a soda. In surveillance video, you can see her friend walk into the store. But she stops in the parking lot, because two dogs were approaching.

“My first thought was they looked like nice dogs. They don't look vicious, you know,” she said.

But a second later, one of the dogs pounces and knocks her to the ground.

The owner of the smoke shop says his employees tried to help. They yelled and screamed, then shot a gun in the air to scare the dogs away.

“I’m so proud to see how they all sprang into action,” said William Manzaneres.

Now he wants to know where these dogs came from.

“These dogs were obviously trained to be mean, these weren't your average nice dogs,” he said.

“The dogs themselves, I don't think it's their fault. I think it's the fault of the owner,” said Stath. “I want to get the dogs found, they need to be either euthanized or caged so they can't hurt anybody else.”

“I’d certainly like to see who's responsible for these dogs, at least get an apology from them,” said Donna. 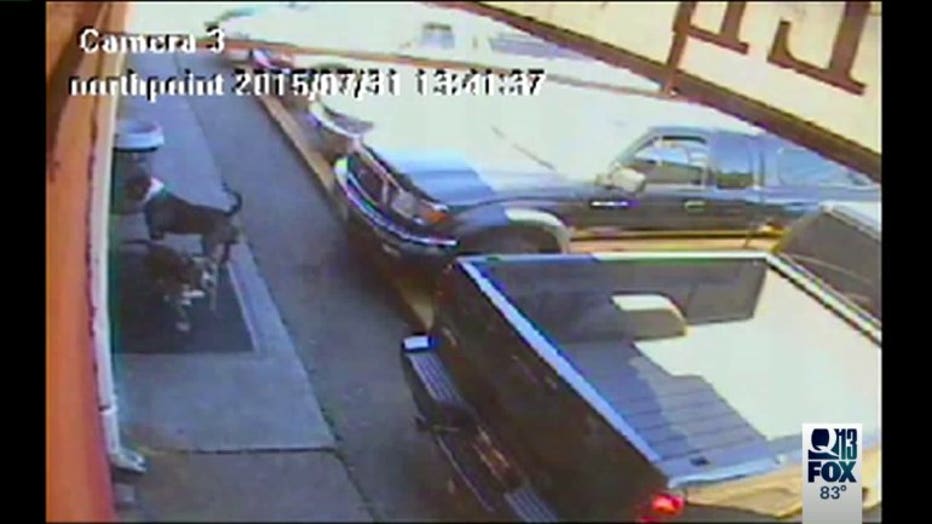 If you have information that could help Puyallup tribal police with their investigation, you’re asked to call Crime Stoppers at 1-800-222-TIPS. 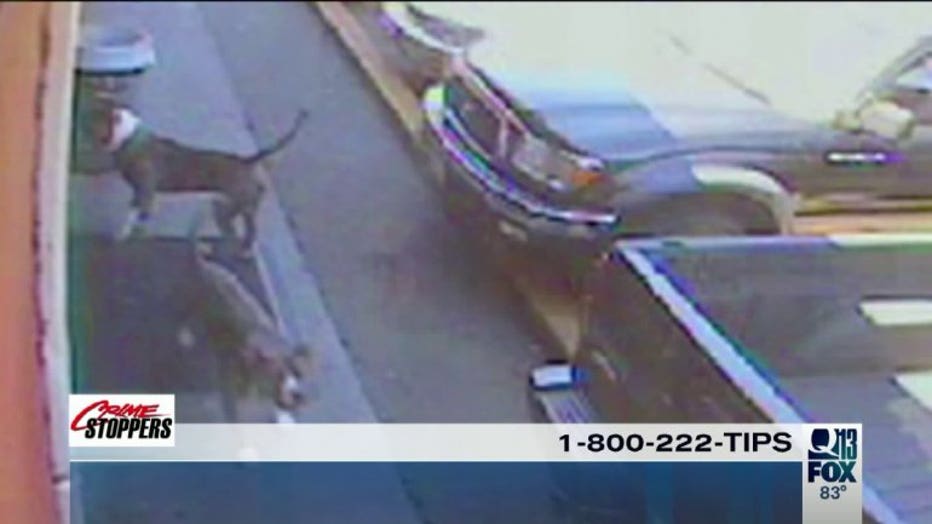