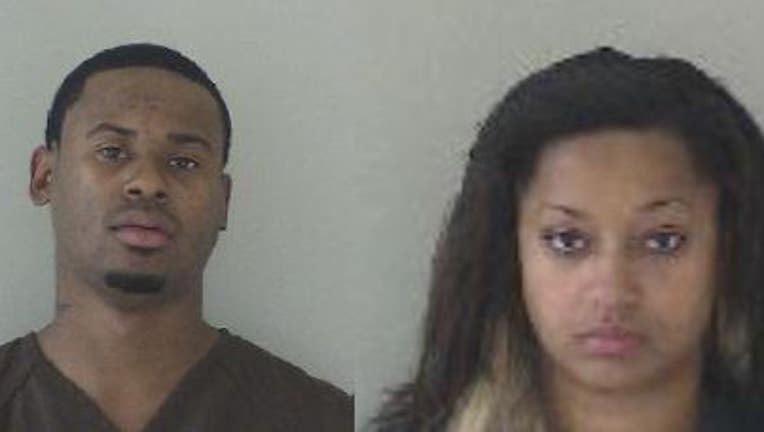 FUGITIVES CAPTURED December 25, 2014 -- Pasco murder suspect Kenyatta Bridges and his girlfriend Mary Faucett were arrested on Christmas Day in Spokane, KHQ reported. FUGITIVES WANTED December 22, 2014 -- Kenyatta Bridges is wanted for Murder 1st degree related to the shooting death of a man. Pasco police say Bridges' girlfriend, Mary Faucett, is wanted for Obstructing Police related to the homicide investigation. She's also wanted for City Theft. Police think they fled the Tri-Cities area together. Bridges is from Kennewick and also has ties to north Idaho. Faucett is from Spokane. On December 3rd, police responded to Road 68 in Pasco concerning multiple calls of shots fired. A male victim was found slumped over the steering wheel in a vehicle. The victim had sustained gunshot wounds and shortly after was pronounced dead at the scene by paramedics. Here are the details on KENYATTA BRIDGES:

Here are the details on MARY FAUCETT:

If you know where they're hiding, call an anonymous tip into: CRIME STOPPERS: 1-800-222-TIPS You must call the Crime Stoppers hotline with your tip to be eligible to receive a cash reward for information leading to a fugitive’s arrest. CLICK HERE for information on how to TEXT A TIP to Crime Stoppers.