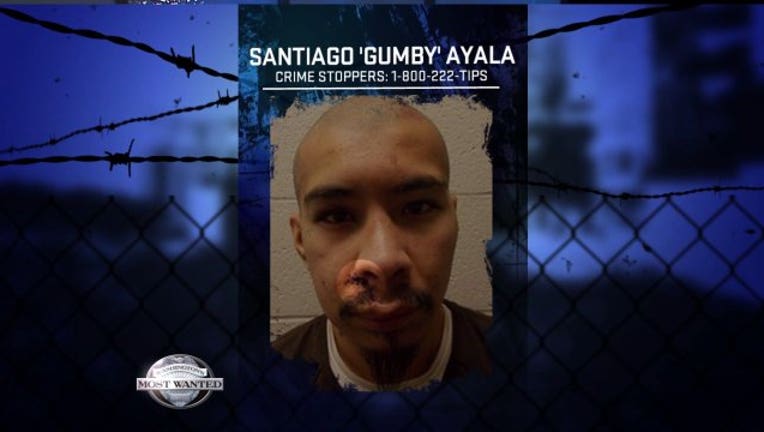 FUGITIVE CAPTURED Feb. 16, 2014 -- The Department of Corrections says Santiago Ayala called his supervising officer last Thursday, telling him he was tired of running, knew he was on Washington's Most Wanted, and was going to surrender. Officers say he did so Sunday night, having his wife call to let officers know, before driving Ayala to the Benton County Jail. WANTED IN THE TRI-CITIES Jan. 31, 2014 -- Officers say this hardcore, high-violent gang member is missing in the Tri-Cities. This mug shot snapped of Santiago Ayala, aka "Gumby" is a perfect example of the violent life he leads -- a stitched-up gash next to his nose after getting in a fight behind bars. Now he's wanted by the Department of Corrections for escape in Benton County where he's breaking probation on an assault bust. Tattoos on his head and the rest of his body will make Ayala stand out in a crowd. He's 27-years-old and officers think he could be armed. 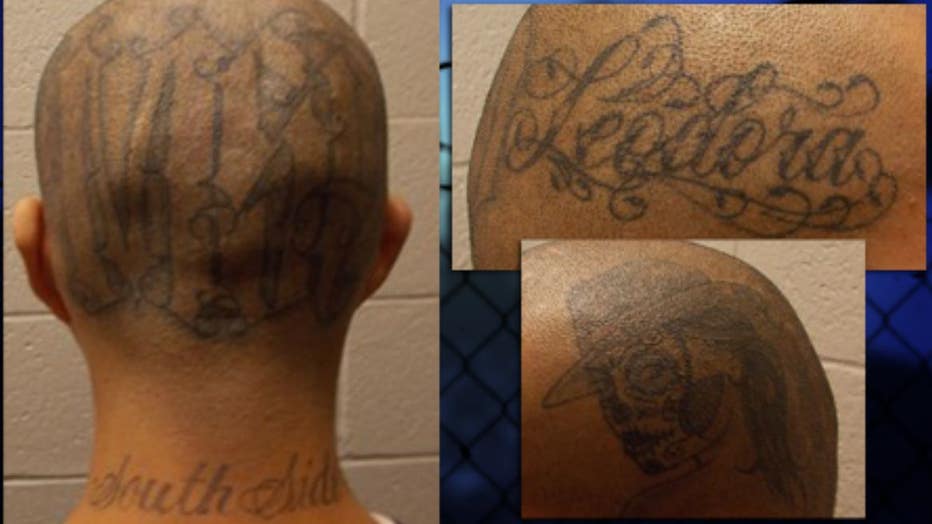 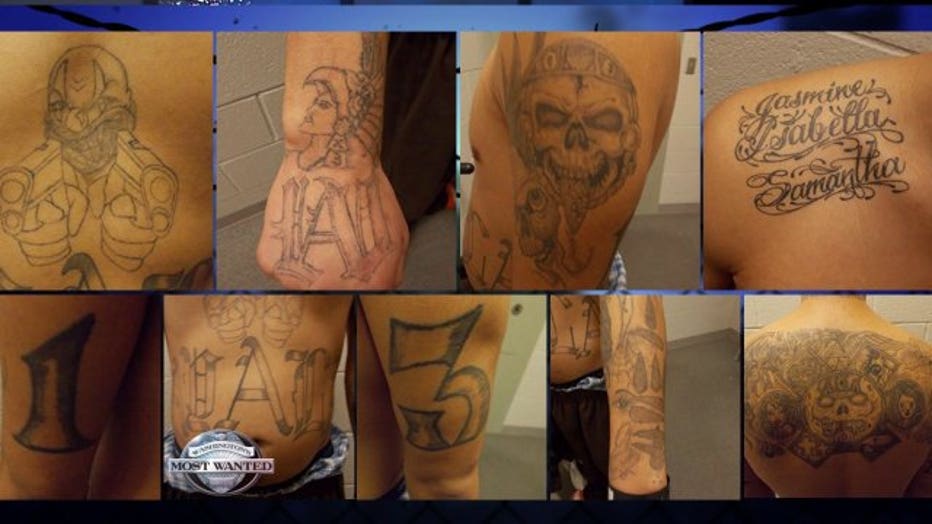