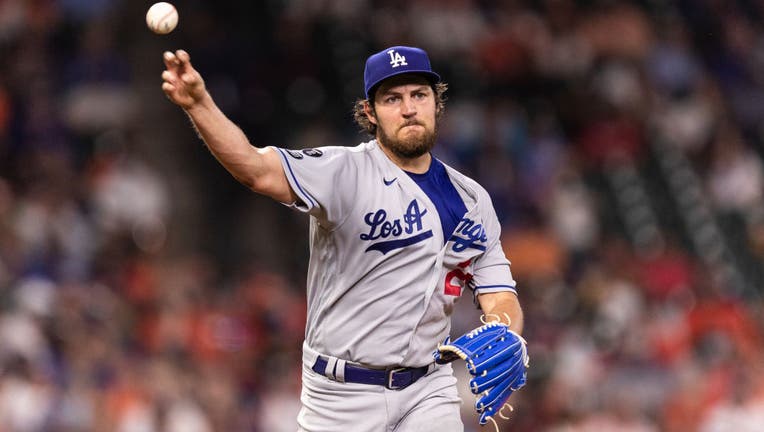 Bauer is in the center of two separate sexual investigations being conducted by Major League Baseball and the Pasadena Police Department.

In late June, a Southern California woman claimed the pitcher "got physical with her," without her consent and was granted a temporary domestic violence restraining order.

Bauer's accuser, who dubs herself an ardent San Diego Padres fan, also said she had previous sexual relationships with other major league players, including star Padres shortstop/outfielder Fernando Tatis Jr. She said her relationship with the player got her fired from the Pad Squad, the Padres' ambassador team that interacts with fans and the community.

In her concluding testimony on direct examination, Bauer's accuser was questioned by her lawyer, Lisa Helfend Meyer, about why she wanted the restraining order extended.

"I am fearful of what he can do to me," she said, adding that she doesn't want to see his number on her phone or allow any chance for him to come to San Diego to see her.

On Wednesday, Holley challenged the woman's credibility, referring to text messages between the accuser and some of her friends. In one of them, the woman wrote that the media coverage of the case was "on my side," and "the best thing I could have hoped for."

Bauer did not testify during the hearing.

After the allegations surfaced, Bauer was scheduled to start in a July 4 game against the Washington Nationals. However, he was placed on a seven-day paid administrative leave by MLB. Bauer has not taken the mound since June 28 and his leave has been extended through at least Aug. 20.

In court documents obtained by FOX 11, the San Diego woman claims that some of the injuries she suffered from their sexual encounters left her crying and shaking. She also accuses the pitcher of choking her to the point of losing consciousness during their two sexual encounters at his Pasadena home in April and May.

Cross-examined Tuesday by Bauer's attorney, Shawn Holley, about why she got back into the same bed with Bauer after leaving the restroom instead of sleeping on the couch, she said she had developed an emotional connection with him from the hours of conversation they had before going to bed, during which they both opened up about their feelings and their pasts.

Court documents reveal that the accuser took herself to the emergency room and her legal team provided images of her with two black eyes and a laceration to her lip.

FOX 11 has opted not to name the accuser at this time in accordance with policy to not identify potential victims of sexual assault.

Bauer’s attorney denies the woman’s claims and said the activity was consensual. His attorneys provided copies of text messages and Instagram direct messages leading up to the encounters that suggest the accuser requested the rough behavior.

While Bauer technically remains with the Dodgers, the organization has slowly distanced itself from the powerhouse pitcher. Bauer’s bobblehead night scheduled for Aug. 19 was canceled and the franchise pulled all of his merchandise from the team store.

More allegations recently surfaced in a separate case involving an Ohio woman during his time in Cleveland. In that case, the accuser sought a protective order against Bauer last year after alleges the pitcher committed similar violent acts during intercourse.

Many of Bauer’s teammates unfollowed him on social media including Mookie Betts, Justin Turner, Kenley Jansen, and Albert Pujols.

No arrests have been made and no charges have been filed in the investigations.