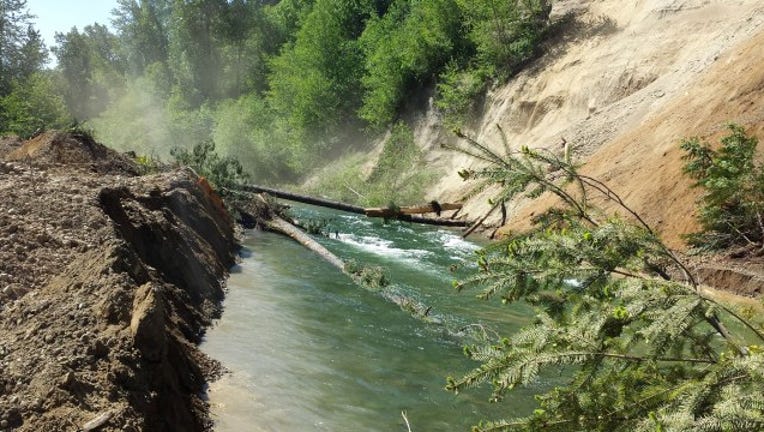 MAPLE VALLEY -- The Cedar River remains closed after a hillside came crashing down Saturday morning. Nobody was hurt in the mudslide.

According to the King County Sheriff's Office, the river will remain closed through at least Friday. Officials evaluated the river and determined it is still too dangerous for crews to begin removing trees.

Sergeant DB Cooper said dirt and debris continues to slough off the cliff.

"What is most concerning are the trees that came down in the slide and which are affecting the ability to reopen the river," she said.

The blockage also caused streets to flood along the 21300 block of 221st avenue southeast. 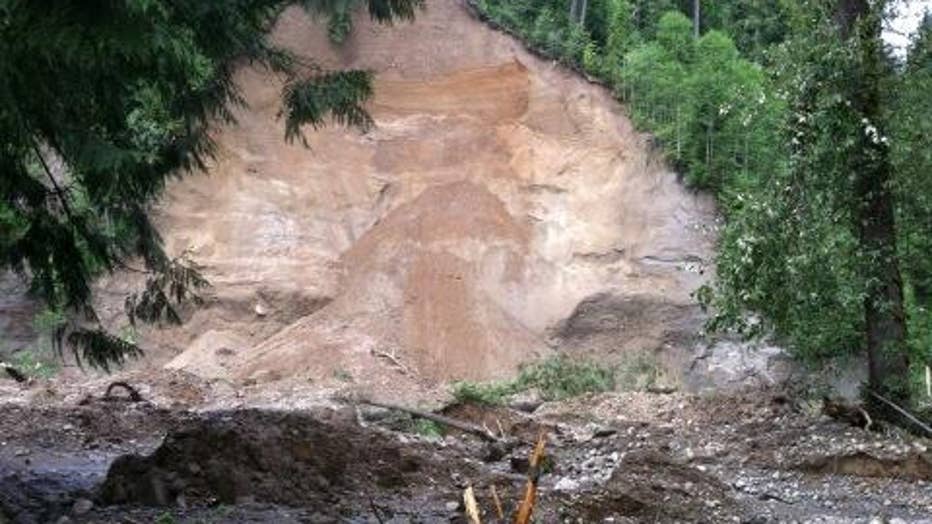 A mudslide along the Cedar River this morning caused the river to flood in the area. (Photo: KCPQ-TV)