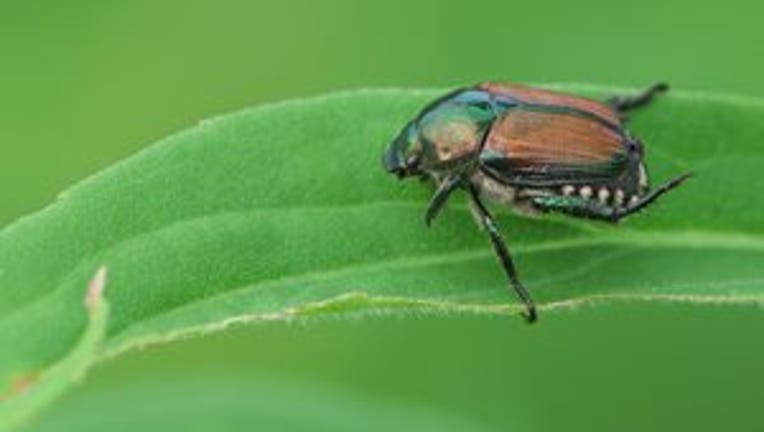 YAKIMA, Wash. - The Washington State Department of Agriculture plans to start treatments to eradicate an invasive Japanese beetle infestation on May 2 in central Washington.

The agency plans to treat around 2,000 acres (809 hectares) in Grandview and surrounding areas of Yakima and Benton counties, State agriculture officials said Thursday in a news release.

The highly invasive pest eats more than 300 different plants including roses, grapes, and hops. If left to reproduce and spread, the beetles would pose a serious threat to farms, gardens, and the environment of Washington state, officials said.

Acelepryn, the product being used to treat the area, is a low-risk insecticide that is not hazardous to people or pets, officials said.

Licensed applicators will apply the product to plant foliage or directly to the soil. Agency staff will also monitor the treatment progress and seek permission to treat from people at properties who haven’t yet responded to the agency’s requests.

The agency also will set traps to continue to monitor the beetle and are considering a quarantine of the infested area to limit the spread of the pest.

Agriculture officials said last year they had tracked the beetle’s activity since the 1980s and occasionally a beetle would be found. But they couldn’t explain the recent exponential growth.