SEATTLE – Starting Saturday, more than 800 metro buses will invade the streets of Seattle once the transit tunnel closes to buses.  It’ll make way for construction for the Washington State Convention Center and future light rail expansion. 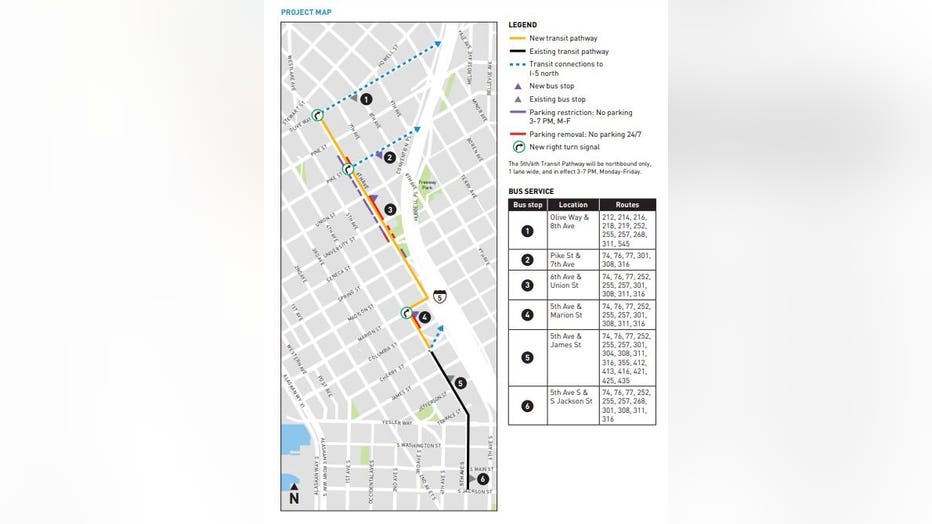 To get from Renton to Seattle, bus rider Aswini Chandremohan takes the bus.

“I don’t know how it’s going to affect our day to day life. I hope it won’t be a big disaster,” said Chandremohan.

“Four light rails passed me that were at capacity and I couldn’t get in, so I just gave up and got on the surface streets and hailed a Lyft,” said Burns. 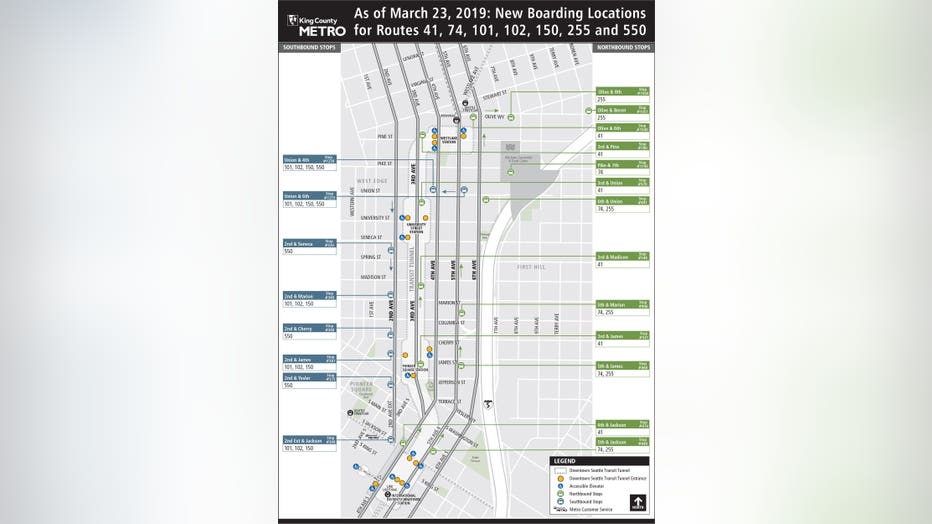 Out of the 15 affected bus routes, some will add more trips, others will change normal stop signs, while some routes will be eliminated altogether.  The city’s plan is to open bus lanes on Fifth Avenue and Sixth Avenues, but transit rider Matthew Lang says why not make Third Avenue bus only?

“Right now Third Avenue is one of the most heavily traveled transit corridors in the country,” said Lang.

It’s an idea being pushed by coalition Move All Seattle Sustainably, or MASS.

“We think the city should use that authority put down a temporary lane and use it as a pilot so they can really study its effectiveness,” said Lang, who is also a MASS organizer.

But when asked SDOT Director Sam Zimbabwe says he didn’t know about the proposal.

“That’s the first I’m hearing about that request,” said Zimbabwe.

What about riders who have mobility issues?  The transit tunnel made transferring buses fairly easy with one-stop access.  Chris O’Claire with King County Metro Mobility says they’ll find a plan that works.

“If you’re route is changing and if you’re not able to move between services, you can call us at King County Metro and we can help you navigate that and trip plan it. We’re going to have people actively on the streets for the next week. Go up to someone who will have caps on and vests on and talk to them,” said O’Claire.

“We’ll have a little bit of capacity for some additional intersections and we’ll be looking at where we see hot spots and where we’ll be able to deploy those resources,” said Zimbabwe.

“We’ve been actively monitoring and adjusting signal timing. We made 1,800 signal changes during the three-week viaduct closure. We’ve got 24/7 traffic ops system we’re standing up our own department incident management team,” said Zimbabwe.

“I see the problem getting way worse before it’s going to get better,” said Burns.