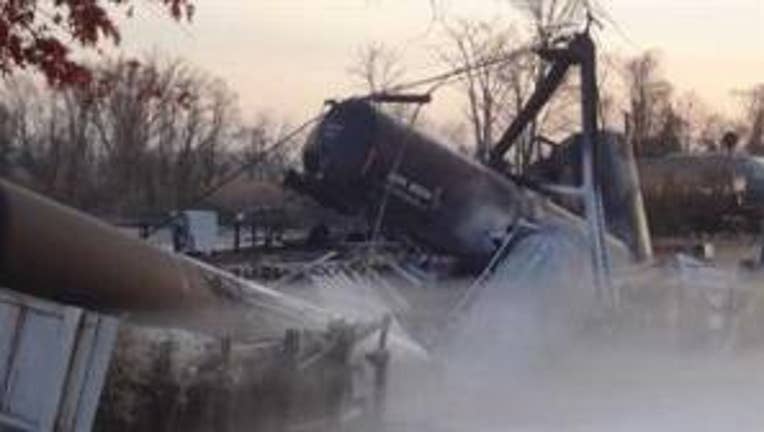 Vinyl chloride, a highly toxic and flammable chemical, is believed to be leaking into Mantua Creek, Petty Officer Nick Ameen told CNN. No serious injuries have been reported, but nearby schools are on lockdown, a borough emergency official said, and people in the immediate area have been evacuated.

A representative for Underwood Memorial Hospital told CNN that the hospital has treated 18 patients with respiratory issues.

For the complete CNN story and updates, go here.