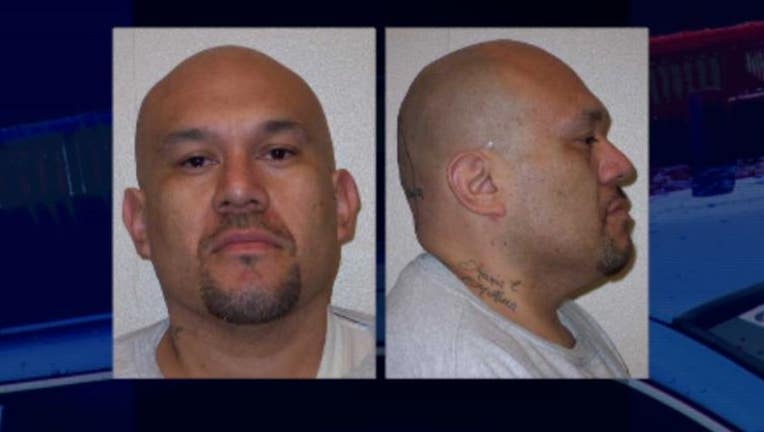 FUGITIVE CAPTURED January 12, 2014 -- The Department of Corrections says Kennewick police arrested Omar Gomez during a traffic stop on Monday. FUGITIVE WANTED IN THE TRI-CITIES October 24, 2014 -- Department of Corrections officers in the Tri-Cities are on the hunt for violent missing gang member Omar Gomez. He also goes by the name "Raskal." "His criminal history includes possession of a firearm, attempting to elude police vehicles, he has multiple assaults, both domestic violence and regular assaults," said Ofc. Emily Isaacs. "You know, this is an individual who's volatile. He has a connection to a lot of areas in Eastern Washington and we need your help to find him as soon as possible." From his side shot you can see the tattoo Gomez is inked with on his neck -- and a little bit of the massive one he's got on the back of his head. If you know where "Raskal" is hiding, call an anonymous tip into: CRIME STOPPERS: 1-800-222-TIPS You must call the Crime Stoppers hotline with your tip to be eligible to receive a cash reward for information leading to a fugitive’s arrest. Click here for information on how to text a tip to Crime Stoppers.