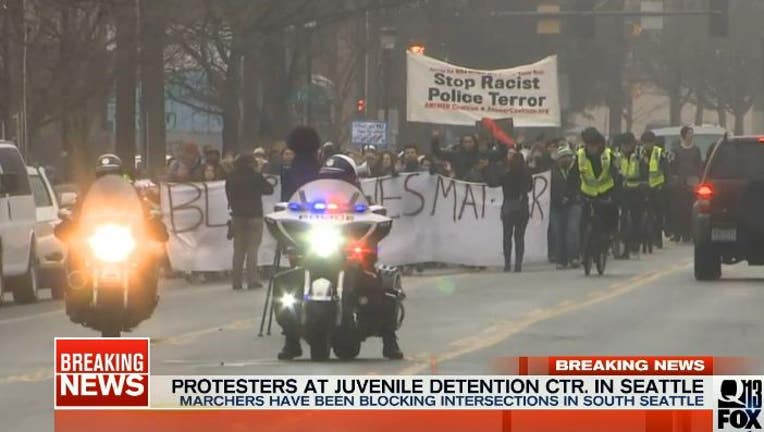 SEATTLE -- A group of protesters gathered near Rainier Avenue South Saturday afternoon, slowing down traffic on Interstate 90 as they marched north toward the Juvenile Justice Center at 12th and Alder.

The Seattle Police said that the march was permitted in advance and that marchers stuck to the prescribed route.

Marchers were expected to disband shortly after 3:00 p.m. when they reached their destination.