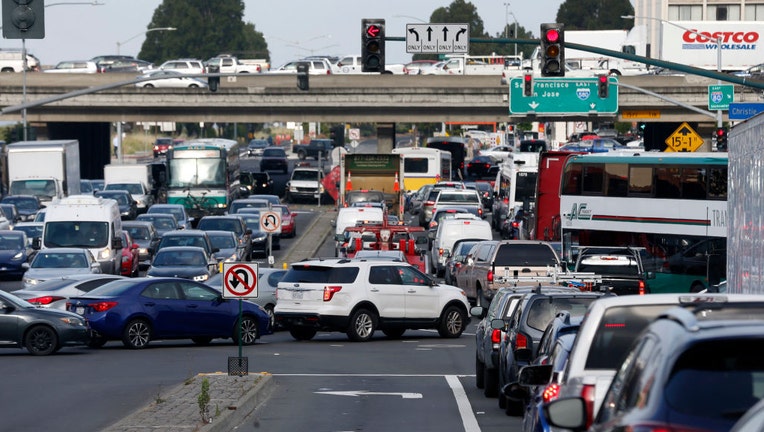 FILE-Traffic is at a standstill after an accident in Emeryville, Calif. in 2019. (Paul Chinn/The San Francisco Chronicle via Getty Images)

DETROIT - Traffic crashes in the U.S. cost society $340 billion in one year, or just over $1,000 for each of the country's 328 million people, according to a study by safety regulators.

"This report drives home just how devastating traffic crashes are for families, and the economic burden they place on society," Ann Carlson, acting administrator of the agency, said in a statement Tuesday.

In the report, researchers examined several NHTSA databases as well as crashes not reported to police that were gathered through consumer surveys, NHTSA's statement said.

RELATED: Despite less traffic on the road, new data shows rise in crashes since pandemic

Nearly 43,000 people were killed on U.S. roads in 2021, the highest number in 16 years as Americans returned to the roads. The 10.5% jump over 2020 numbers was the largest percentage increase since NHTSA began its fatality data collection system in 1975.

Estimates for the first nine months of last year show that crash deaths dropped 0.2% compared with the same period of 2021. But the government says the number is still unacceptably high.

In an effort to reduce the deaths, the federal government is sending $5 billion in aid to cities and localities to slow vehicles, carve out bike paths and nudge commuters to public transit.