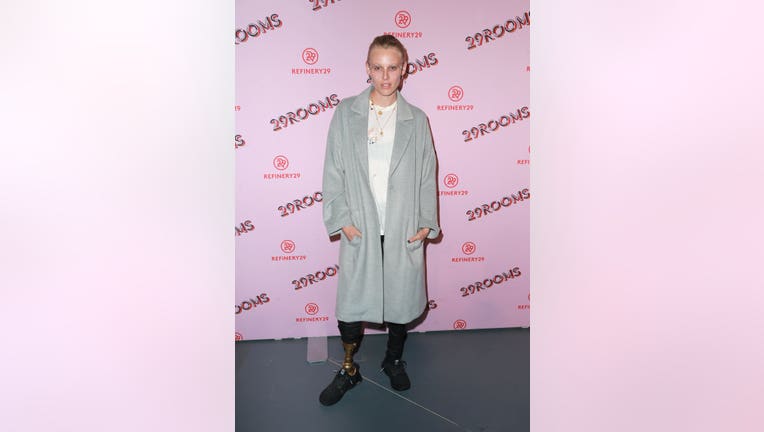 It's a brutal surgery she's already undergone once, on her right leg, after developing toxic shock syndrome from a tampon in October 2012.

The Washington Post reports that police who were called to check on Wasser found the 24-year-old collapsed in her bedroom; her fever hit 107, she had a heart attack, and had her right leg and toes on her left foot amputated.

Bustle reports she was in the hospital for four months, and that the amputation was needed because the infection turned into gangrene. Because of her body's reaction to the surgery, no pain medication could be administered for 24 hours, she says.

"I woke up from the amputation and I felt every single thing that happened for 24 hours." And it's an operation she says she will "inevitably" have again in the near term, describing extreme pain due to her damaged heel: The fat pad no longer exists, and the bones continue to grow.

"It's reopening the skin, consistently. They’ve already had to go back and cut the bones back twice." The child of two models who appeared in Vogue Italia as a baby says she contemplated suicide.

"I couldn't imagine my body being any other way than how it was before." Now, she's found a new purpose: Spreading word about the risk factor, advocating for those with disabilities, and pushing for legislation that would make for more rigorous monitoring of feminine hygiene products.

As for the second amputation, "I'm looking forward to" it. "I've been trying to save my foot for five years. In those five years, I’ve lost so much time." (This student almost died after forgetting to remove a tampon.)

This article originally appeared on Newser: Toxic Shock Syndrome Took Her Leg. She'll Lose the Other
More From Newser