Tourists robbed in Seattle talk about their ordeal

Tourists robbed in Seattle talk about their ordeal

SEATTLE -- Two of three tourists attacked and robbed at 3rd and Pine in downtown Seattle last month talked about their ordeal.

Sandra and Brett, who live in Rhode Island, spoke by Skype Thursday night about the attack and robbery that occurred Aug. 24.

Police say the trio was walking out of the bus tunnel when a woman accused one of them of bumping into her.

"Yeah, I apologized like multiple times and at that point one of the girls that was standing in front of me, she tried to burn me with her cigarette," Sandra said.

Brett says he was then hit in the back of the head with a bottle, and their other friend was hurt worse.

"Really unfortunate and kind of alarming that when she tried to get between me and my attackers, a young man said she was a fool and punched her right in the face," Brett said.

And one of group grabbed Sandra's phone out of her hand.

"So I yelled at the guy, give me back my phone and then I got punched in the face by multiple people," she said.

Brett said one of the attackers acted like he was going for a gun and threatened to shoot him.

"It was that intensity and willingness to hurt, and I saw a very much a lack of remorse or of empathy," he said.

So far, Seattle police have arrested one of the suspected attackers -- a 17-year-old -- and are trying to identify the rest of them.

"I have to say, my first experience in Seattle was not good," Sandra said. 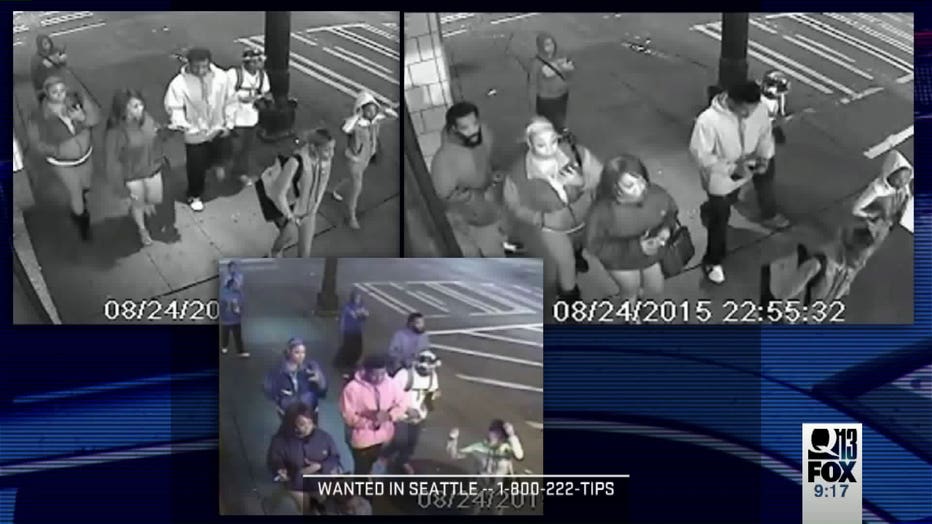