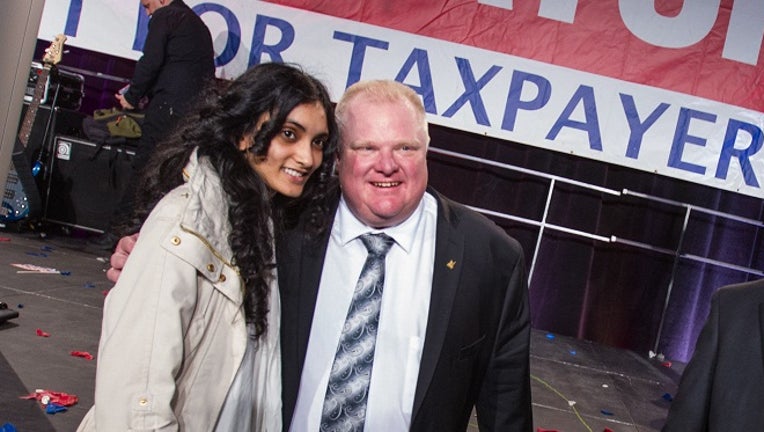 Toronto Mayor Rob Ford poses for a photo with a supporter at the kick off of his re-election campaign in the city's north end April 17, 2014. Ford, who made worldwide headlines last year after admitting binge drinking and smoking crack, has been stri

(CNN) -- Embattled Toronto Mayor Rob Ford will take a break from his re-election campaign to get help for substance abuse, he said Wednesday.

"It's not easy to be vulnerable and this is one of the most difficult times in my life," Ford said in a statement. "I have a problem with alcohol, and the choices I have made while under the influence. I have struggled with this for some time."

The statement, provided to CNN by Canda's CTV News, comes after the Toronto Globe & Mail reported on a new video allegedly linking the mayor him to substance abuse.

"Today, after taking some time to think about my own well-being, how to best serve the people of Toronto and what is in the best interests of my family, I have decided to take a leave from campaigning and from my duties as mayor to seek immediate help," he said.

His lawyer, Dennis Morris, said the time off is much-needed.

"He has to take a break to re-energize, because he realizes he has flaws that have to be addressed," Morris told CTV.

Ford's fall from grace started in May 2013 when a cell phone video taken months earlier appeared to show him smoking crack cocaine.

Despite intense public pressure, he remained defiant and denied using any illicit drugs. In November, he admitted to using drugs, after which the city council stripped him of most of his power as mayor.

That didn't stop Ford, though. He ignored calls to enter rehab or resign, instead vowing "outright war" on the city council.

"If you think American-style politics is nasty, you guys have just attacked Kuwait," he said then to groans and laughter in the city council chambers.