After a record number of illegal border crossings during the past year, the head of U.S. Customs and Border Protection is being asked to step down.

The commissioner of U.S. Customs and Border Protection is being forced out of his job as part of a larger change in top personnel at the Department of Homeland Security, according to a government source.

His letter to the president read, "Thank you for the opportunity to serve as your Senate confirmed Commissioner of U.S. Customs and Border Protection over the past year. It has been a privilege and honor to be part of your administration. I am submitting my resignation effective immediately but wish you and your administration the very best going forward. Thank you again for this tremendous opportunity."

A statement regarding the resignation from the White House read, "The President has accepted the resignation of Christopher Magnus, the Commissioner of U.S. Customs and Border Protection.  President Biden appreciates Commissioner Magnus’ nearly forty years of service and the contributions he made to police reform during his tenure as police chief in three U.S. cities. The President thanks Mr. Magnus for his service at CBP and wishes him well."

Chris Magnus initially resisted leaving the position, after being told by Homeland Security Secretary Alejandro Mayorkas to resign or get fired, according to the source. It comes after a record year of migrants seeking to enter the U.S. along the Mexican border.

Magnus has only been on the job for about a year, and sources say he has clashed with Department of Homeland Security (DHS) officials over border enforcement policy. Some of Magnus' duties have been taken over by his deputies.

DHS officials did not immediately respond to a request for comment.

New DHS figures show that for the fiscal year ending in September, nearly 2.4 million migrants were detained at the border, a 37% increase from the year before.

President Biden nominated Magnus for the position in 2021, and he was confirmed in December of that year.

Magnus has faced a number of controversies already, aside from the record border numbers. Fox News reported in October 2021 that Magnus settled a sexual harassment and retaliation case from a former officer in 2017. The case stemmed from his time as Richmond, California police chief.

In October, it was reported that Magnus was falling asleep during meetings.

"He’s not in the game," an administration official told Politico of Magnus. "Every time there’s a meeting and he’s in it, we’ll get to a conclusion and Magnus will have some sidebar issue that he wants to raise and we’re all like ‘What the f*** is that about?’"

Magnus defended his performance in an October statement to Fox News.

"I care a great deal about CBP and the people who work here. In the 10 months I’ve been CBP’s Commissioner, I’ve gotten up to speed on the agency’s many complex areas of responsibility," Magnus said. "While CBP is an operational — not a policy-making — agency, I’ve been closely involved in the major DHS immigration, border security, trade, and other policy discussions throughout my time as Commissioner. I frequently share insights from CBP’s frontline law enforcement and civilian personnel in those discussions and will continue to do so."

Get updates on this story at FOXNews.com 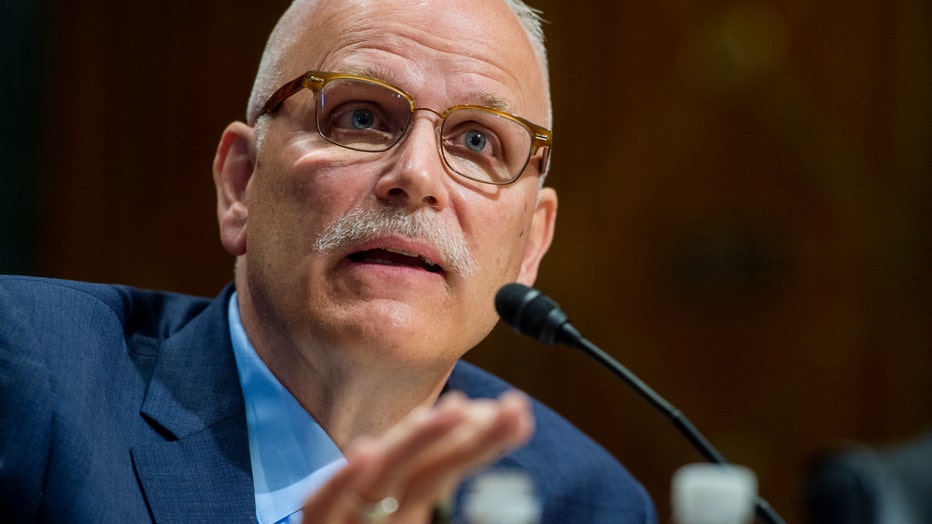 WASHINGTON, DC - OCTOBER 19: Chris Magnus appears before a United States Senate Committee on Finance hearing to consider his nomination to be Commissioner of U.S. Customs and Border Protection on October 19, 2021 in Washington, DC. The hearing for Ma