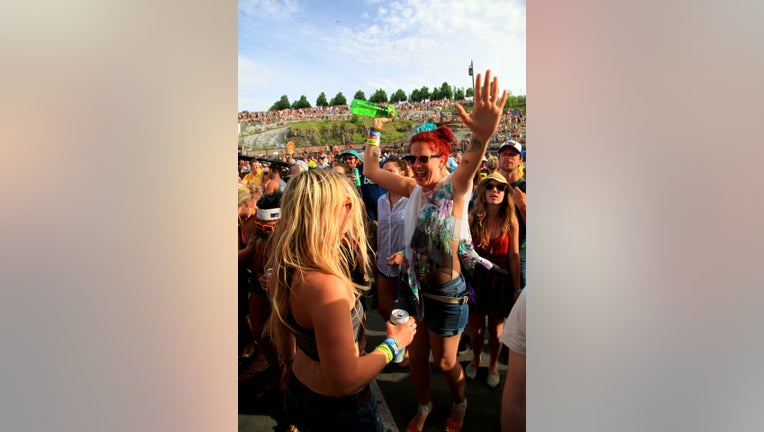 Grooving to the beats of the Violent Femms.

GORGE, Wash. -- Woah. Did the long weekend at Sasquatch! really happen, or was it just a dream?

And I took it mellow. God speed to the group of 20-somethings I saw sweating bullets and staring at their $7 slice of pizza like it held the answer to all life's mysteries. Those guys were on some kind of STRANGE journey. I can't imagine the headache they're feeling today.

Below are some lifestyle shots from Walker Anderson and my Top 5 Most Important Things to Remember about Sasquatch! for next year.

Top 5 Most Important Things to Remember for next year at Sasquatch!

5. Sunscreen -- Says it's going to be low-60s and rainy all weekend in Seattle? This means it's pushing 90 and blazing hot at the Gorge. Sure, the weather was tamer this year than in year past. But I still have a sunburn that itches like nobody's business.

4.See more rock bands than Electronic Dance Music sets -- Don't get me wrong, I love thumping bass and heavy beats as much as the next guy. But none of the sets particularly stand out. It's the country harmonizing of First Aid Kit, the crunchy guitar of The Grizzled Mighty and Rodriguez's slow hand that I remember most. At a festival built around Rock n' Roll, it's best to see the Rock n' Roll acts.

2. Bring your own food, because Sasquatch!'s food is expensive and largely unhealthy -- The praises of Sasquatch! are many. The best venue in the country, the great outdoor camping, the reasonable price. But the one negative thing I heard from nearly everyone I talked with was the food selection. Other large festivals like Coachella and Bonnaroo have a much better selection of nutritious delights. The premiere festival in the Pacific Northwest should be highlighting the area's cuisine, not serving up expensive fair mash.

1. Be over-prepared at your campsite -- While it's a pain to load up the car for tent camping, it's better to be over-prepared than under. People who have their festival camping dialed come with overhanging tents, grills, camping chairs, multiple stoves, soccer balls and card tables. It put my tent sans rain flap to shame.