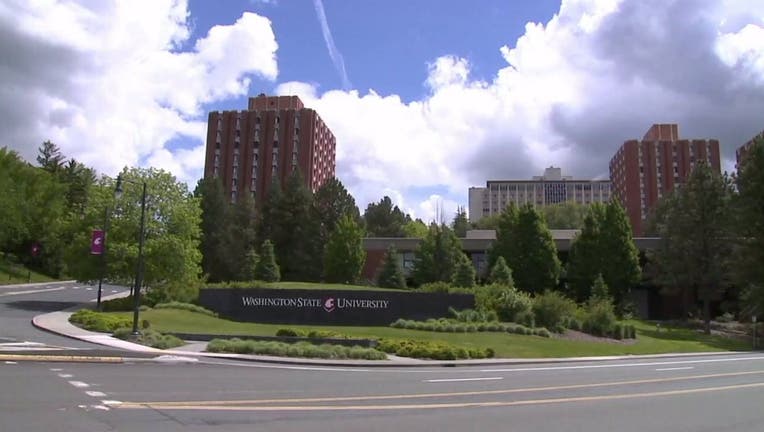 PULLMAN, Wash. - The Washington State University police chief and his two top subordinates say they will retire following an internal investigation that concluded they mishandled a complaint and subsequent punitive action against an officer accused of having sexual relations while on duty.

The investigation, conducted by the WSU Human Resources department, has since concluded, said Phil Weiler, vice president of marketing and communications. The command staff chose to retire to avoid further administrative action, including the possibility of their employment with the university being terminated.

According to an investigation report acquired by the Moscow-Pullman Daily News through a public records request, the officer at the center of the investigation is Sgt. Matthew Kuhrt, who has been accused of sexual misconduct.

Kuhrt is accused of having sexual relations while on duty with multiple women, including employees, at various locations on campus, such as the president’s suite at Martin Stadium and the WSU Observatory, according to the report.

RELATED: Man arrested in connection to WSU shooting that killed one, injured another

Gardner assigned Larsen to investigate the allegations, according to the report.

Larsen found the alleged sexual activity was consensual and occurred while Kuhrt was on duty, the report stated.

Larsen provided the outcome of his investigation to Gardner and Kuhrt received a letter of admonishment, stating his behavior violated the university’s standards of conduct surrounding sexual relationships while on duty, according to the records.

Gardner, however, did not provide this letter to Human Resources for inclusion in Kuhrt’s personnel file, the report stated.

In addition to not including the letter in Kuhrt’s personnel file, Gardner, Hansen and Larsen failed to report the alleged sexual misconduct to Human Resources and Compliance and Civil Rights. The report states by failing to report the incidents to the Human Resources and Compliance and Civil Rights departments, it contributed to an "intimidating, hostile and offensive environment by not sufficiently addressing Sgt. Kuhrt’s behavior, creating an environment when it appeared (to) minimize or hide Sgt. Kuhrt’s conduct which had the potential to discourage reporting from employees who were aware of the situation."