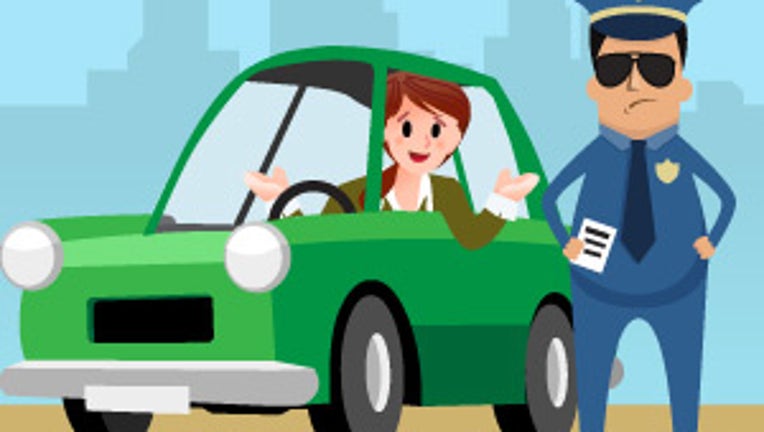 FOSTER CITY, Calif. -- Many drivers plead ignorance when trying to get out of a traffic ticket.

That’s according to a new Ticketmasters survey conducted by Insurance.com.

The survey questioned 500 drivers older than 18 as to what they say to avoid a ticket after they're pulled over. The most popular excuse drivers told police to avoid a ticket was they “Couldn’t see the sign telling me not to do it."  Blaming others was also a well-used tactic drivers use to avoid fines.

The findings were also broken down by gender, with more men claiming “they were helping out; they weren’t supposed to be driving themselves.” Women’s top excuses were being lost or having to use the bathroom, the study found.

The study didn’t list the success rates of the excuses. However, Insurance.com said a driver’s rates will likely increase if they get a ticket.

Below is a look at the top ten excuses and how often they're used:

5. “I'm having an emergency situation in my car.” For instance, the driver spilled a hot drink on their lap. (5.4%)