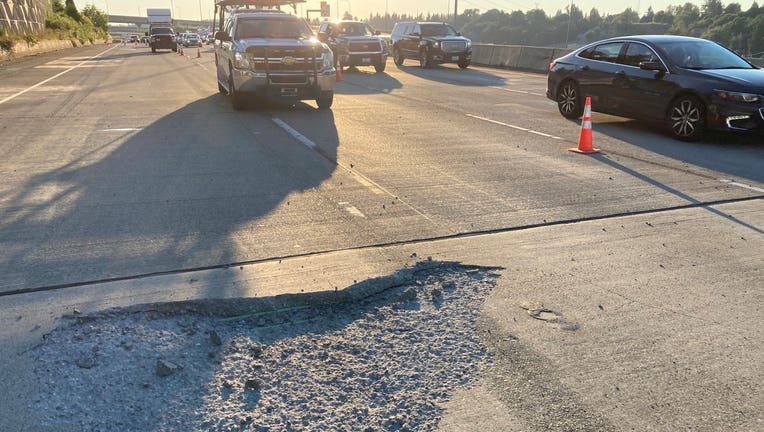 TACOMA, Wash. - All lanes of Interstate 5 North to Interstate 705 in Tacoma are back open after crews repaired the roadway overnight.

According to the Washington State Department of Transportation, a concrete panel was damaged over the weekend. Temporary repairs weren't holding by Monday afternoon due to the heat and chunks of concrete were breaking off. 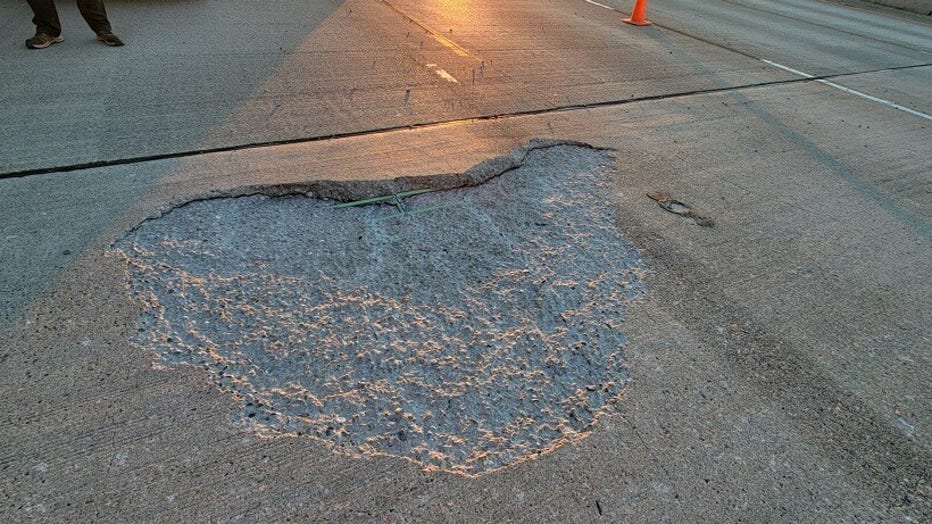 Transportations officials said the right two lanes of the shared exit from northbound I-5 to I-705 were closed until the temperature cooled off.

Crews said they were able to repair the concrete and reopen the lanes by about 3:00 a.m. Tuesday.

RELATED: Hotter than Houston's ever been? The mind-boggling numbers of Seattle's historic heat wave

Much of Western Washington reached 100 degrees before Noon on Monday. It's the first time on record that the Seattle area has reached triple-digit temperatures three days in a row.