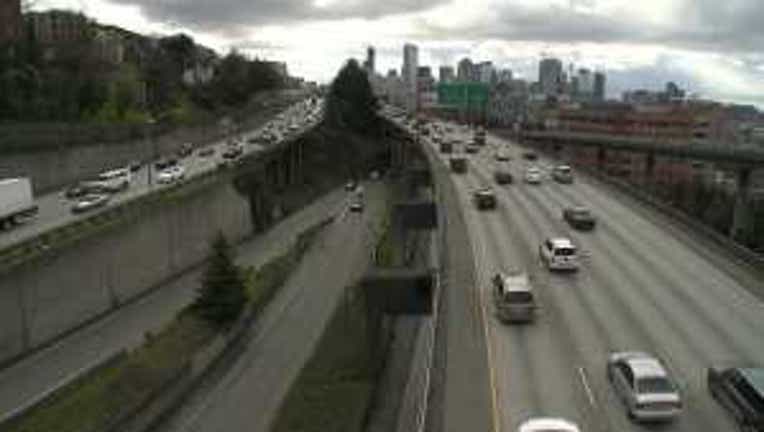 OLYMPIA -- Those working on how to toll the new viaduct tunnel face a version of the Goldilocks problem. How to get the rates just right?

If the rates too high, then too many people will avoid the road altogether. If they are too low, then Washington state won’t collect enough money on tolls.

On Wednesday, planners in Olympia said that a toll of $3.25 at peak times to use the new viaduct is too much. It pushes too many cars off the tunnel and creates an even more congested I-5 and clogs city streets. As many as 35,000 cars would avoid the new roadway under that scenario.

They also said that $2.25 per peak trip was too little. Under that scenario only 20,000 cars will be lured to another route, but the state doesn’t raise enough money. They need $200 million from tolls.

“We’re looking for the sweet spot,” said Maud Daudon, co-chair of the Viaduct Tolling Committee. “Where we charge enough revenue to pay for all the things that need to get paid for with the tunnel, but we don’t divert too many cars into the downtown streets, obviously.”

Planners are going back to the drawing board to crunch more numbers. Daudon said it might be time to bite the bullet and toll other roadways as well to keep people from avoiding the new corridor.

“We think it’s a reasonable question to ask, because as we look at diversion with toll rates in the tunnel, it’s clear it first moves to I-5,” she said, “and then 405.”

Daudon worries about the effect that will have.

“You aren’t really solving a transportation problem if you are just moving it eastward,” Daudon said.

But is the public ready for even more tolling in the region?

“If there are some upgrades on I-5 would it make more sense, would people be willing to pay something under a buck,” asked Daudon.  “You just have to check those things out and see, because, again, we’re capacity constrained and we don’t want to strangle the growth of our region.”

Daudon’s committee will be looking at more tunnel tolling scenarios in the coming months to see if they can find the right price that minimizes diversion and maximizes revenue.