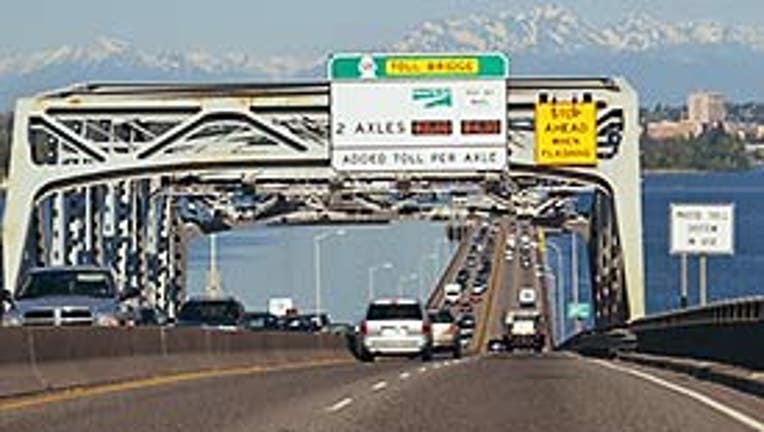 OLYMPIA -- The Washington State Transportation Commission announced Tuesday it is proposing a 2.5 percent toll-rate increase for the State Route 520 Bridge that would take effect July 1.

The agency said the proposed increase is consistent with the project’s state financial plan, which anticipates annual rate increases of 2.5 percent through 2015.

Under the proposal, peak Good To Go! rates would be $3.70, and the peak Pay By Mail rates would be $5.25. The increase affects all toll rates, but drivers using a Good To Go! pass will continue to pay the lowest toll rate. The complete proposed toll-rate schedule for the SR 520 Bridge will be posted online at www.wstc.wa.gov.

A public input meeting to gather comments on the proposal is scheduled from 6 to 8 p.m. Monday, April 15, at the Gig Harbor Civic Center at 3510 Grandview St.

A final hearing, where the commission will take additional public comment and plan to take action to adopt new toll rates, will be held from 6 to 8 p.m., Monday, May 20, at the Gig Harbor Civic Center.

The commission is required by law to set toll rates for the Tacoma Narrows Bridge in an amount that is sufficient to pay the debt for the bridge, as well as to pay costs related to maintenance, preservation and operations of the bridge.