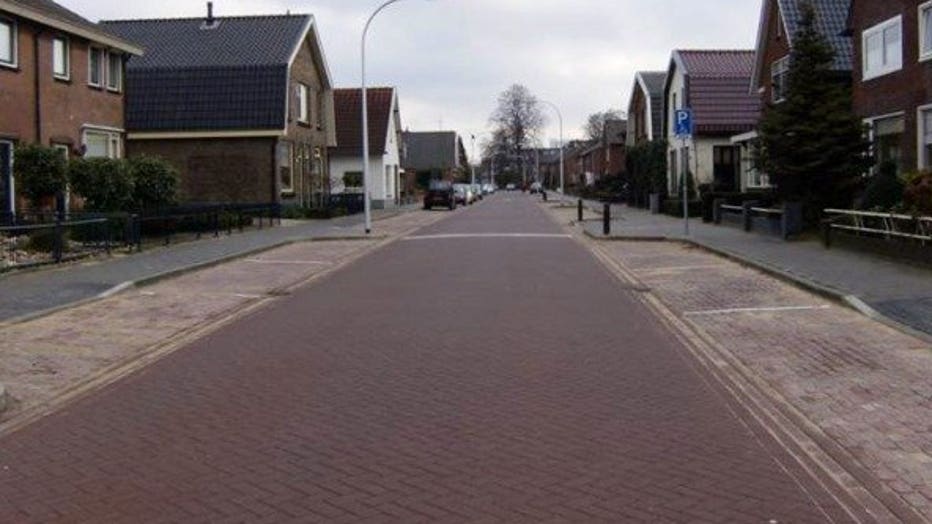 What if the solution to smog was right where the rubber meets the road?

Scientists in the Netherlands have found that installing special air-purifying pavement on city streets can cut air pollution nearly in half.

Researchers at Eindhoven University of Technology outfitted one block in the city of Hengelo, Netherlands, with paving blocks sprayed with titanium oxide, which has the ability to remove pollutants from the air and turn them into less harmful chemicals. The researchers left normal pavement on an adjacent street as a control.

After taking measurements for a year, the scientists found that the street outfitted with smog-eating paving blocks, also called photocatalytic pavement, reduced nitrogen oxide air pollution by up to 45% in ideal weather conditions and 19% over the course of a day.

Nitrogen oxides -- also known as NOx -- are a group of poisonous gases produced by cars and power plants that react with other compounds in the atmosphere to form smog.

The findings, published in the Journal of Hazardous Materials, could provide a glimpse of how cities in the future might be designed to gobble up air pollution from auto emissions.

While the air-cleaning potential of photocatalytic surfaces has been known for several years, Institution of Chemical Engineers Chief Executive David Brown said in a news release, “this latest research shows the potential of chemically engineered surfaces to further improve our quality of life, especially in major urban areas where traffic emissions are high.”