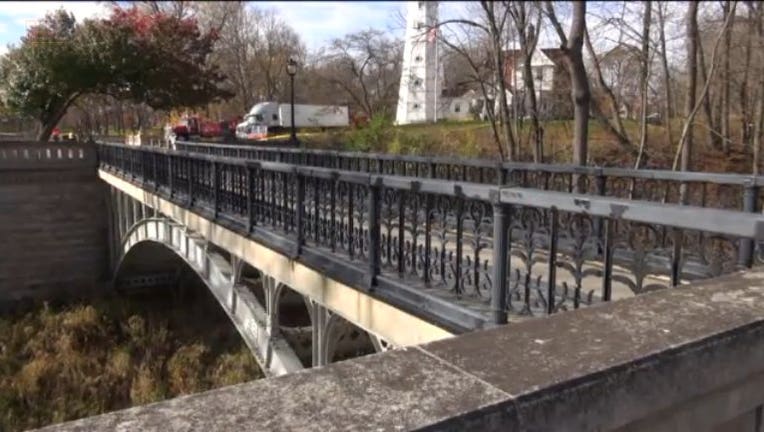 Milwaukee, WI (WITI) -- A GPS led a man down a wrong, and dangerous, path.

Milwaukee, WI -- This is one time when it appears technology may have failed — unless it was operator error.

The Milwaukee County Sheriff's Office says a truck driver from Indiana was following his GPS — when he drove over a pedestrian bridge in Milwaukee's Lake Park on Tuesday, November 11th — and got stuck.

Officials say the 50-year-old semi driver from New Whiteland, Indiana drove his semi tractor with a 53-foot trailer over a pedestrian walkway at Lake Park around 4:30 p.m. Tuesday.

The truck damaged several trees, both pedestrian bridges and the adjacent concrete railings. The truck came to a rest on the peninsula behind the lighthouse at Lake Park.

The driver was taken to a local hospital to be medically evaluated.

He was later cited with Reckless Driving and Failure to Obey Signs totaling $579.80 in fines. Ray's Towing Company was hired to remove the truck from the area.

Both bridges were inspected by a county structural engineer, who reported that they were safe for pedestrian travel.

By 10:00 a.m. Wednesday, the rig was removed — but before that happened, Steve Orth had to come down and see what happened for himself.

"It's not something you're going to see every day. You've got to be totally embarrassed though! It's mind-boggling either way! It says on the truck 'we drive a fine line,' and I think that's fabulous," Orth said.

Laurie Muffler came to the scene from Oconomowoc on Wednesday — wondering how the century-old bridges held up under the truck's weight.

"I mean, the semi is huge! But they built (the bridges) well back then," Muffler said.

We're told the semi wasn't hauling anything when it became stuck.