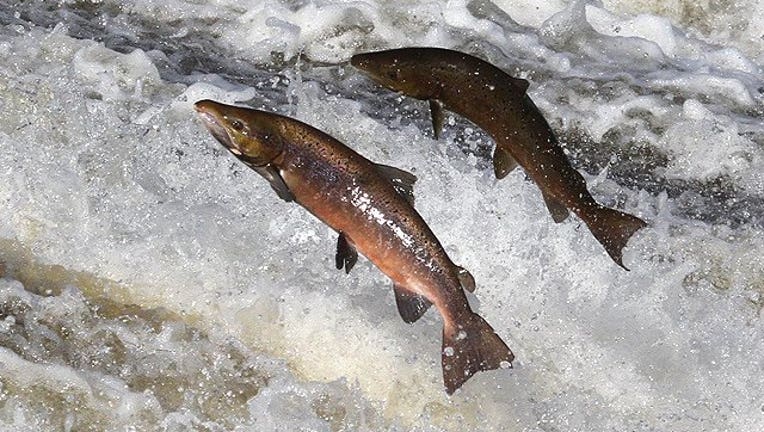 OLYMPIA, Wash. - A Washington report has found one of the state’s iconic fish is facing a threat to its existence as a result of climate change.

The 2020 State of Salmon in Watersheds report by the Washington State Recreation and Conservation Office found the state’s salmon are "teetering on the brink of extinction," Northwest News Network reported.

The report, which shows a trend of warming waters and habitat degradation negatively impacting salmon runs, said state officials must change their response to climate change and a growing number of Washington residents.

The report said 10 of 14 threatened or endangered salmon and steelhead runs in the state are not improving, while five face a crisis scenario.

"I’m not going to sugarcoat things. Salmon are in crisis. And they need our help now more than ever," said Erik Neatherlin of the Governor’s Salmon Recovery Office.

Glaciers melting into cold, salmon-bearing streams are predicted to disappear and conditions for salmon will worsen as the climate changes, Neatherlin said.

Kaleen Cottingham, director of the state recreation and conservation office, said her agency submitted a budget request to the governor’s office of $80 million for the salmon recovery funding board, a grant program.

The proposed state budget submitted by Democratic Gov. Jay Inslee has about half the requested amount. Compounded with the costs of other funded programs, the office receives about 22% of the amount needed for salmon recovery, Cottingham said.