Thurston County Sheriff's Office is asking for help identifying the suspects in a robbery that occurred at Buddie's Grocery in Lacey.

Thurston County Sheriff’s Office posted surveillance video of the incident. You can see two hooded men wearing dark clothing, masks, sunglasses and gloves. One man is seen robbing the grocery clerk and a customer with what appears to be a small pistol. Another man is seen running through the grocery aisles carrying a bag. It’s unclear what the groceries were stolen, but it is evident that the suspects left the grocery store with cash from the register. 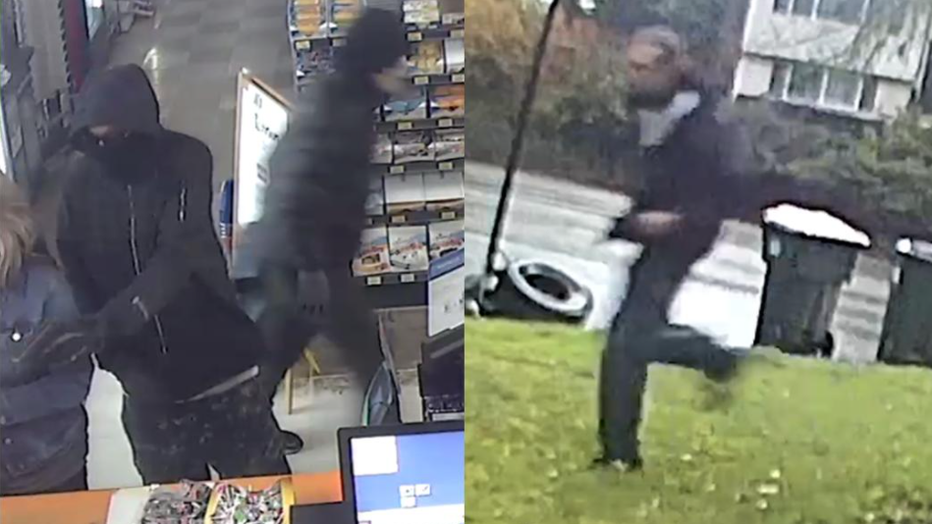 Authorities also posted a photo on their Facebook page showing one of the suspects running through a residential neighborhood without sunglasses. One suspect appears to have brown hair.

Anyone with information that could help identify these suspects is urged to call Detective Joe Hiles at 360-490-0319 or email joseph.hiles@co.thurston.wa.us. If you would like to remain anonymous, you are asked to call Crime Stoppers at 800-222-TIPS.