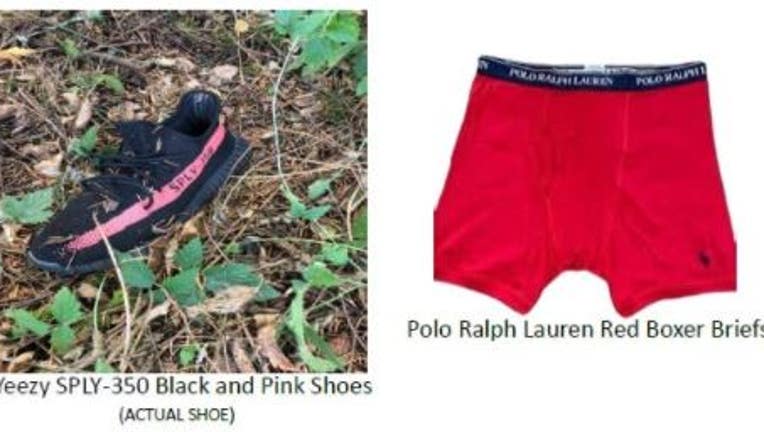 A body was about 25 feet off Reservation Road SE on Sept. 24. Deputies say the person was ‘severely decomposed.'

Investigators determined that the victim was a light-skinned man, with long brown hair and a mustache and small beard. He had a slender build and is believed to be anywhere from 5'6" to 5'10".  The victim is anywhere between 20 and 40 years old.

The only clothing on or near the body was a fair of red Polo Ralph Lauren boxer briefs and a pair of size 12 Adidas Yeezy SPLY-350 black and pink shoes.

An initial cause of death could not be determined due to the body's decomposition, however, after additional examinations were done on the body, it was determined the unidentified man had been stabbed several times.

It's believed the body was dumped sometime between June and August of this year.

If you have any information on the case contact detectives@co.thurston.wa.us or Crime Stoppers and reference TCSO case #21-004456.