SEATTLE -- A series of thunderstorms pushed through Western Washington on Saturday causing some power outages.

As of 10:45 a.m. Puget Sound Energy was reporting about 5,000 customers without power. Most were in the Olympia area and caused by lightning, according to PSE's outage map.

Q13 News viewers reported hail in the North Bend area. Thunder and was lightning were reported across the region. 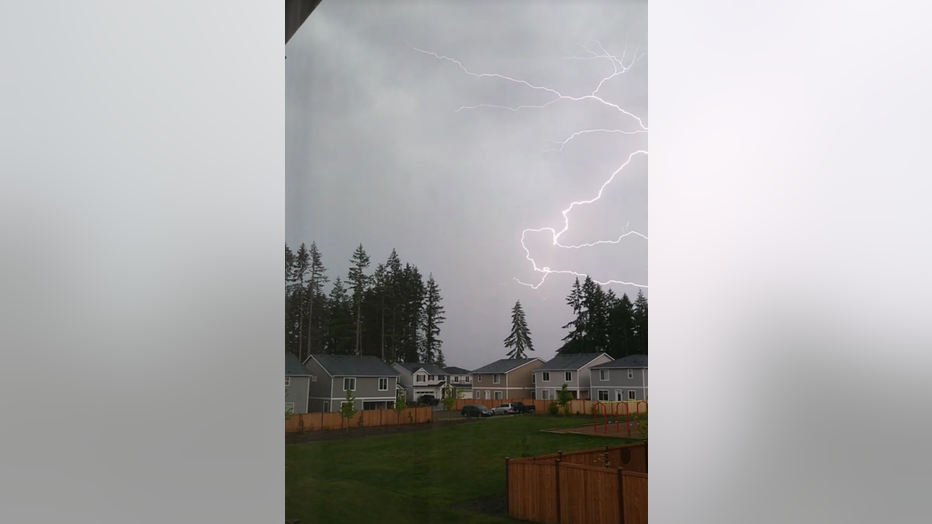 After active weather this morning, we're seeing a bit of a break. High resolution models suggest another round late afternoon/early evening so stay weather aware. There is a chance that the atmosphere has been worked over due to this morning's widespread convection and we may not see as much action as this morning, but our forecast area remains under the threat for strong to severe storms today, especially the foothills and Cascades. Storms may be accompanied by hail, strong winds, heavy downpours and hail. Rainfall totals will be around half an inch, but higher in storms. Eastern Washington is under an Enhanced Risk (3 out of 5), so if you're heading that way, be careful! Isolated tornadoes, damaging winds, heavy rain, and large hail are possible. Highs will be much cooler in the lower 60s.

Lingering showers are possible during the first half of Sunday and then we'll dry out by the afternoon. Highs will be near 62.

Sunshine returns Monday through Wednesday with highs in the upper 60s and lower 70s.